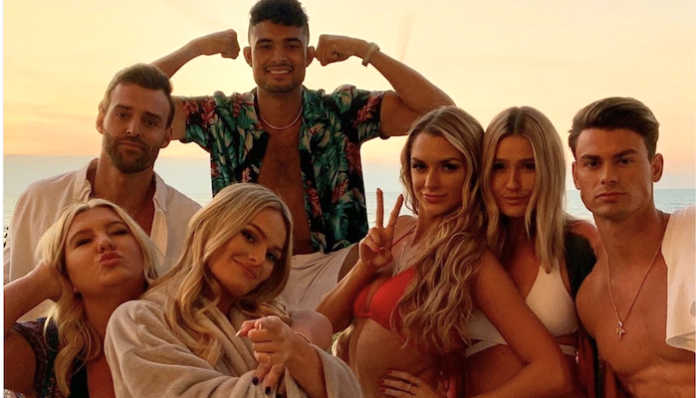 MTV has a knack for creating shows that suck us in. Even if they don’t really appear to be true reality television, as advertised, they’re still riveting. But with its newest addicting show Siesta Key, it’s welcomed a new wave of viewers anxiously waiting for the drama to unfold.

For those who are unfamiliar with the show, it’s basically just like The Hills but takes place in Florida instead of California. Cameras follow a former group of “friends” from high school as they enter adulthood for the first time. We see all the drama from hookups and job hunts to how the twisted world of friendships spiral in times of chaos and infidelity.

As addicting as the drama is, it’s still hard to believe that the cast is around the same age as the cast of The Hills was when they started their show. Sure, they all still come from wealthy families, but The Hills cast seemed so much more put together and less childish as compared to these Siesta Key kids.

So how old are they really?

Looking at her age, now we all know why the cast rarely filmed at bars until season 3, because Juliette wouldn’t be able to get in (even though we’ve seen her drunk at plenty of house parties during the whole series). But her immaturity and lack of common sense are finally explained.

I don’t see the hype as to why every girl on this show fights for his love. But now that he’s going to be a dad in 2020, everything is bound to change. Well, I’m sure he’ll be back in his lady-loving ways once his daughter’s born. But you know how boys like that are.

Personally, I find Chloe to be wise beyond her years considering how die-hard she is in supporting for her friends’ wellbeing. Some call her invasive, but I call her a caring and dedicated friend who genuinely wants to see them succeed.

Considering she’s by far the most mature of the group, it’s not surprising she’s also the oldest. On top of that, she has the oldest boyfriend – at 46 years old. Things got crazy when she introduced her co-stars to her boyfriend AKA their old producer who got them their jobs. Yikes, what a mess.

His age might be 24 yet he still acts about 20. He can’t play the victim when he’s left broken-hearted by Madisson after he cheated on her in the first place. But here comes another season full of it.

Hard to believe this model reached her prime modeling career at 16 and is now left in the dust considering how beautiful she is. She’s already resorted to getting lip fillers to enhance her beauty – when she really doesn’t need to.

Considering his age, this hopeless romantic can’t catch a break when it comes to love. Maybe he should try dating someone a little older and more mature – and someone who won’t cheat on him with Alex. *cough Kelsey, Juliette, and Cara.

Crazy to think that she’s had a nose job (which she “paid for herself”), lip fillers and liposuction all by the age of 24, but who are we to judge. She clearly comes from money if she can fly anywhere she wants on a private jet.

Sources are unsure about the army veteran’s age, but based on clues throughout the series it’s assumed that he’s around 25 years old. Hopefully, he finally gets with Kelsey this year.

That’s right, that guy nobody liked from The Bachelor (Jojo’s season) is on Siesta Key desperately trying to get his fifteen minutes of fame and his youth back. It’s a little disgusting that he’s dating a 21-year-old (Juliette), mainly for popularity and that she’s falling for it. But I just find him creepy overall.

It’s crazy to think that most of the cast on the show is my age considering how drastically different lives we live. Sure, they are finding their own success, but I’m still unsure how knowledgeable they are about the real world. I just wonder how they can live on their own if they don’t have actual jobs and live in one of the most expensive towns in Florida. Surely, their parents and MTV can’t be paying that bill forever. Maybe this season we’ll actually see them grow up.

4 Thoughtful Gifts To Send To Your Long Distance Partner