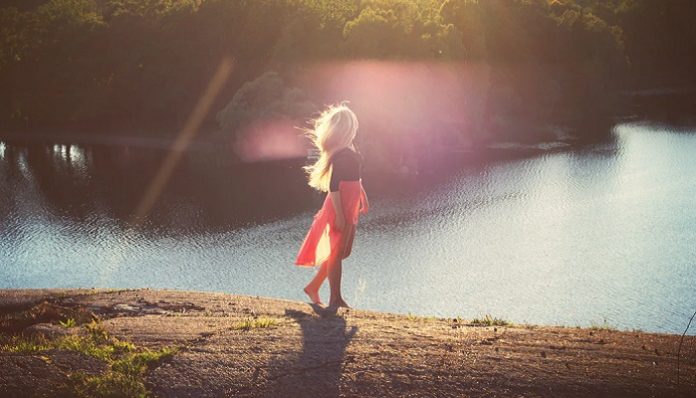 Losing everything you have is terrifying. Whether it happens gradually or all at once, it’s scary. It takes a lot of work to build everything back up again. But sometimes, losing everything can be good for you.

I’ve been struggling with mental illness from a young age. At first, it didn’t affect things all that much. However, as soon as it got out of control, I lost everything – including myself.

Everything I once knew was gone. I couldn’t go to school anymore and as a result, I lost the majority of my friends and any sense of a “normal” life I had. I was unable to do any of my hobbies because I was too depressed to even get out of bed. All I did was either spend time in a hospital or attend appointments. My whole life became centered around my illnesses and it became the only thing I knew — and the only thing I was. I hated that more than anything else. I wanted all the things I lost back and I wanted my old life back.

But losing everything gave me the chance to start again and to build things the way I wanted.

Even before I lost everything, I still didn’t know who I was outside of my mental illnesses. It took losing everything for me to realize that I am so much more than them. It took years, but I’ve finally begun to find myself. I’ve learned that I’m passionate about helping others and making a change in the mental health system. I’ve found refuge in writing in a different way than before it was one of the things that got taken away from me. Moreover, I’ve realized how much I care about the environment and animals, and became vegetarian at the beginning of my recovery journey.

After learning that I love helping others, I decided to turn this passion into a career. As a result, I’m beginning college to become a child and youth worker in January.

Previously, school was one of the things that was ripped away from me, but I’ve gotten that back in a way I never have before. Plus, through treatment I’ve met some of the best friends I’ll ever have. Even outside of treatment, I’ve made true friends because I don’t feel the need to hide who I am anymore. These two things have become my two biggest motivations to continue recovering and contribute the most to my happiness.

Before losing everything, things like these seemed small and I took them for granted. It’s sad that it took losing everything, such as a more  “normal” life, in order to build my life the way I always wanted. But I could not be more grateful.

If you’ve lost everything just like me, try to see it as an opportunity. Think of it as a new start, and it could be the best thing to ever happen to you.