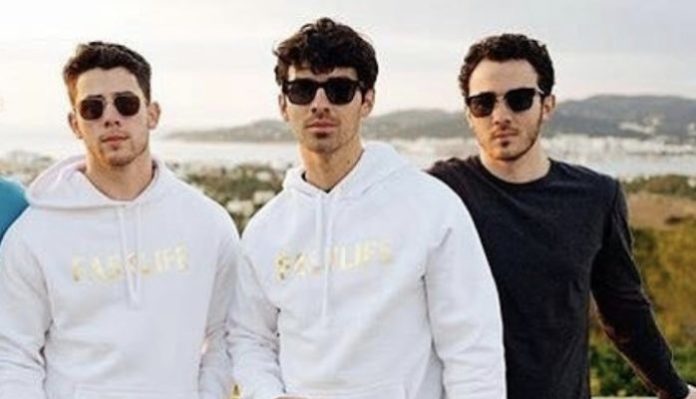 When you reflect on 2019, you realize a lot of stuff has happened. But when you really think about the historical pop culture events that have occurred, most of them were related to old trends, music artists and movies making comebacks. Sure, reboots are still on-trend, but I’m talking about the shocking returns to the industry that made our jaws drop.

Here are the major comebacks that summed up 2019 the best.

Happiness began when the three brothers reunited for not only a new song but for an entire album, documentary, tour, business venture, and now a Christmas song. Who knew something so pure could make such a positive difference in our lives?

Like I mentioned earlier, reboots are on-trend. But nobody saw Lizzie McGuire coming back to the small screen, let alone alongside her OG best friend Gordo! Maybe 2020 will bring Miranda back and the gang will totally be back together again!

Fans hadn’t heard from the singer in over a year and were left craving new music. In fact, he rarely even made public appearances, let alone sang. But we were gifted with a handful of new songs later this year which have totally made up for his absence.

On Halloween, as the east coast was feasting on candy, MCR dropped the surprise of the decade when they announced new merch in addition to a reunion show. And now, everybody is back on their emo stuff from 2009.

Ariana Grande was responsible for reuniting Joey, JC, Lance, and Chris on stage when they performed with her at Coachella. Although Justin was not present, it was still the first time we saw them perform together in years.

After over a year and a half of waiting for new music (and months of being out of the public eye), Selena Gomez dropped two singles back to back. Again, no one saw this coming, but we were glad to see her tackling her heartbreak and healing on her terms with some new break up anthems!

Although they haven’t released any new songs in almost 13 years, they did announce that they have reunited. They also said that they are going on tour in early 2020. Maybe we’ll wake up on Christmas morning to a new sexy single, or to more news about their new material.

I’m sure we all remember Missy Eliott’s music videos from the early 2000s, which always featured that little white girl who could dance. Well, when Missy took the stage to perform during her MTV VMA performance and brought out Alyson, it really went full circle for everyone.

Not only did Miley start the new year with a new, sophisticated look, but she also brought back the blonde hair and bangs! Fans thrived when she posted a number of videos of her singing her old Disney Channel tunes and even starting to look like her. Sadly, it was short-lived.

Finally, I’d also like to give an honorable mention to skinny sunglasses, plastic shoes, and cheetah print that also made comebacks despite all the naysayers. But in all seriousness, it was nice to see a lot of familiar faces surprise us with new content. They may have been surprises or speculations, but they didn’t disappoint us regardless.

Here’s to 2020 being filled with tons of new content for us to enjoy!