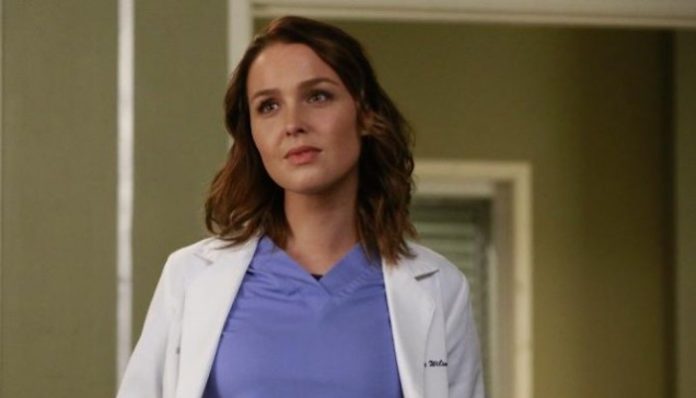 For the longest time, I thought it was not OK to show any weakness. Especially, since I have depression. And I have anxiety. So, I’m always told that those things are OK as long as I don’t fall apart.

I was so wrong.

My opinion changed when Jo Wilson from Grey’s Anatomy graced my screen. If you live under a rock and haven’t seen the show, Dr. Wilson is a woman who was left at a fire station, became homeless, and was later abused by her husband.

And yet, she is the epitome of everything I could ever dream of being. I didn’t think that character could hit any closer to home.

And then she broke.

It wasn’t graceful, and it went against everything I forced myself to be. We’re always told not to fall apart. She shattered and shut out everyone that loved her. And yet, the fact that she did fall apart only made me love her more.

By some strange coincidence, I happened to watch her breakdown during a very dark time in my life. Watching her struggle to hold it all in gave me the confidence to let go. Because even though she was falling apart before my eyes, it only made me love her more.

All too often, when we see parental abandonment on TV, it’s the father who leaves. For me, that just doesn’t match my story. Seeing Jo struggle to understand why her mother left her as an infant, gave me the permission to ask the same question. I had never known how to go about the loss of my mom because i looked to characters for inspiration and none of them were in my situation.

Jo is so different to every other child of abandonment. I saw myself in her.

It seemed OK that I missed my mom – she did too. It wasn’t until the character I view as the epitome of strength fell apart, that I realized that I could too.

Even more than that, Jo fell apart and then got back up and continued fighting. For her, pain was not the end of her story. That is all I want for myself.

Heartbreak does not make you weak. Expressing it makes you strong. I’m not going to be cheesy and say that a fictional character saved my life, but Jo Wilson remains my inspiration forever.