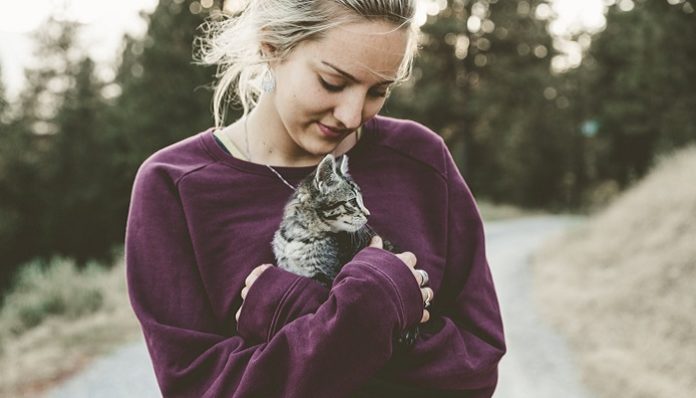 We all know that famous stereotype about cats. They only give us attention when they’re hungry or bored. Otherwise, they just sleep and keep to themselves. However, the newest research published in the Journal Current Biology shows that this misconception about kitties couldn’t be further from the truth.

Researchers at Oregon State University invited owners and their cats to take a simple test in order to analyze cats’ bonding techniques.

The experiment involved 70 kittens and their owners bonding together for two minutes. Afterward, the owners left, then later returned to see if the cats showed signs of longing and love for their humans.

The results revealed that 64% of the kittens appeared less stressed while they were with their owners. Moreover, the felines roamed the room and made contact with their humans. It was almost as if to show how much they’ve missed them.

On the other hand, 36% of the cats were distraught upon the reunion with their owners and sought cuddles and affection. These are all signs of insecure attachment, which usually stems from childhood (in humans) and dependency (in pets).

Similarly, the researchers discovered that the kitties’ differing reactions to this experiment could result from differences in upbringing, breed, and temperament.

This, in turn, would suggest that cats, just like humans, are all unique and possess different character traits and personalities. For cat owners, this isn’t shocking news. After all, we’ve all seen our felines cuddle up beside us and purr. Studies proved that these behaviors show our kitties’ trust and affection.

Nevertheless, an expert in veterinary behavioral medicine, Daniel Mills, claims that this research has many limitations. For starters, Mills claims that the control sample wasn’t large enough. Also, since the study only exposed these kittens to their owners, nobody knows if the cats could feel comfortable around all humans. Finally, some scientists claim that cats’ upbringing, not their breed, shapes their development.

So the verdict is still out on how our cats bond with us.

Although scientists have conducted numerous studies on cats’ behavior and attachment towards their owners (and people in general), there still aren’t any definite answers. However, anyone who has any contact with cats knows that they are not judgmental furballs. Instead, kitties are loving companions who adore spending time with us.

So even though it isn’t fully proven, I choose to believe that my cat loves and trusts me with all his heart.

What do you think about this research? Does it shock you? Let us know in the comments!