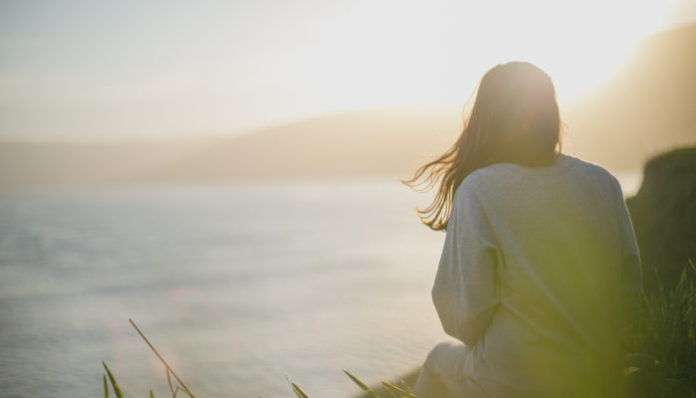 No closure is heartbreaking.

I don’t know if it’s because I’m naturally inquisitive or because of the obsessive type of anxiety disorder I have, but living without answers used to be absolute torture for me.

I’ve never been the cool, casual type who can walk away from a situation without a solid conclusion that satisfies the story arc in my mind, and I used to struggle to sleep at night when things feel undone or unanswered, even if the interaction in question was brief and otherwise insignificant to me on a personal level.

It wasn’t healthy for me, but to be abandoned without even the courtesy of a heads-up used to haunt me for years, no matter the level of importance of the relationship.

Despite my personal neuroses, however, I take comfort in the fact that most of us have a harder time with rejection when there isn’t an explanation. I’ve seen people much more mentally together than myself come completely unhinged when left without answers after a lover suddenly vanishes. Even if we feel like the “It’s not you, it’s me” line is bullsh*t, we’re happier to hear something than to just be ghosted.

The idea that the other party “owes” us an explanation is a common refrain for those jilted without explanation — both in real life and in countless movies and sitcoms — and it took me awhile to realize why we’d rather hear any reason than nothing at all.

The insistence on hearing why we are being rejected is not about the actual justification of the other person; it’s about preserving personal dignity and seeing the best in your partner. None of us wants to believe that we are so unimportant to someone that we can be let go without the consideration of a civil conversation.

The idea that someone we cared about could walk away from us without any respect to our feelings is more hurtful than the rejection itself, and it will keep eating away at us far longer than a definitive goodbye. Being ghosted makes us feel stripped of our power initially, and can feed into abandonment and trust issues years after the fact.

It took me a long time to learn how to let the unanswered go, but when I did it was because I learned a few powerful things.

Firstly, nobody needs to waste time or energy or feelings trying to speculate on bullsh*t. Period. We’ve all heard the reminders that another person’s actions toward you say more about them than about you, which is important to keep in mind before you begin obsessing over the “whys” and “hows” of being left without answers.

The most common truth is that the other person is usually too chickensh*t to face his or her feelings like a mature adult. This alone should let you off the hook for any self-doubt or loathing.

And most importantly, no matter the reason for the other person’s disappearance, you can rest easy that you are infinitely better off without someone who doesn’t value you or your time. So now you’re free of a coward and you have the classy upper hand in this whole situation.

It may not feel like it at first but really, this is a win-win! Plus, now you don’t have to give any of their stuff back. So, win-win-win, am I right?

7 Reasons To Thank Your Overbearing Parents