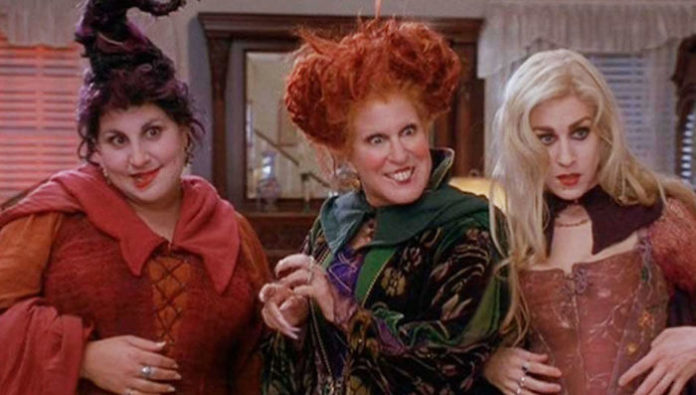 Halloween is such a special time of the year that oddly brings back a lot of childhood memories. No, it isn’t just reminiscing on the best houses at which to trick-or-treat, or which year had the best Halloween party in school. It’s about the overall feeling that comes back each year; the chilly air, the distinctive smell, the dampness, the sound of leaves crunching under our feet, and the desire to watch scary movies from the past.

This year, Unwritten has created the ultimate 31 days of Halloween movie challenge, where we encourage readers to attempt to watch the movies in order below.

Here are the rules:

So, grab your best pair of comfy PJs and your safety blanket, and let’s review the list.

Because we all need a laugh when we’re getting scared to death.

Looks like no one will be sleeping this weekend.

Jinkies! It might not be scary, but it’ll help you move on from the terror of Annabelle from the night before.

Dare you not to sh*t your pants watching this old school, creepy movie.

Because how can you not watch it twice during this spooky season?

If you don’t have time to watch in exact order but can complete watching most of them, that’s still great too. The point is to watch them and enjoy the throwback movies we’ve grown to love or be completely scared of over the years.

Whether it’s classic Disney Channel movies we grew up being obsessed with, or adult comedies we loved as children, or even ones we are scared to watch alone on a regular basis, all of these movies are bound to get you in the spooky spirit! So good luck, and let the challenge begin…. If you dare… *evil laugh*

Why Your Body Goes Into Panic Mode When You Meet Someone...