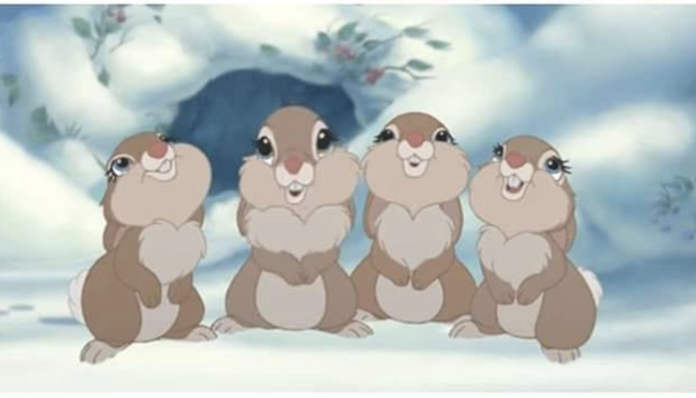 So many moments, scenes, and storylines from a multitude of my favorite nostalgia-inducing childhood movies went way over my head when I watched them as a child. However, this is probably for the best. Many of these movies not only induce nostalgia but some intense emotions, too. Emotions that, as an empath (a person who feels the emotions of others), I can’t always handle considering the knowledge I have now as an adult.

Moreover, being empathetic toward others isn’t limited solely to real-life individuals. Many empaths and emotionally sensitive adults connect with fictional characters from books and movies, and in turn, feel what they feel.

I’m more empathetic now than I was as a child. Hence, these are the 10 movies from childhood I either have a hard time watching or can’t watch at all because of the powerful emotions they invoke.

As a child, I knew that Little Foot had lost his mother. However, what I didn’t completely understand was that his mother died, and how devastatingly alone and helpless Little Foot felt at that moment. Throughout the film, his grief is overwhelming, but fortunately, so is his happiness that comes from finding friends along his journey.

This movie breaks my animal-loving heart. Three friends searching for their home are difficult enough to witness, but Shadow falling helplessly in a muddy pit does me in. As a child, all I saw was Shadow’s calmness. However, now I see how scared he was, and how he bravely hid that fear to encourage his friends to continue on and find a home without him.

Although the death of his mother wasn’t shown in its entirety, the look on Bambi’s face the moment he knew she was shot by a hunter always gives me goosebumps. Furthermore, knowing how attached young deer are to their mothers makes it even harder for me not to intensely feel how sad and alone Bambi was at the beginning of the movie.

I’ve actually never been able to watch this movie as an adult because of how profoundly it affected me in my childhood. I still can’t forget the sound of Atreyu’s voice calling his horse, Artax, as he slowly sinks to his death in the quicksand. His voice screamed with the helplessness that I felt even as a kid.

Yet another movie I absolutely can’t watch now. The fear and worry shared between Todd and Copper are overwhelming to me. Additionally, the understanding of how confusing it would be for two young friends to learn to hate each other from the start is heartbreaking.

Mufasa’s death was sad when I was a child, but now it completely overwhelms me with emotion. The entire scene screams trauma and unfortunately perfectly depicts the intense grief that one feels after losing a parent. As a result, Simba goes through all the stages of grief in this scene; acceptance being the most intense as he snuggles next to his father’s body.

The movie Dumbo went over my head completely when I was younger. Nevertheless, even now I struggle to watch the abuse and exploitation of a helpless Dumbo. I’m also totally cognizant of how important his friendship with the mouse is in getting him through that trauma.

This movie isn’t as traumatic as it just tugs at the heartstrings. However, if you’ve ever felt like you don’t belong, it’s difficult to watch. The emotions invoked by this story are too relatable for me as someone who has struggled with the fear of abandonment and delayed self-discovery.

Toy Story is another movie that depicts true feelings of abandonment, helplessness, and loneliness. However, the strong friendships and determination in this nostalgic film make it easier to watch.

It just plain sucked when Charlie died. Moreover, it’s hard to see him come to terms with his death and the realization that he can temporarily return  on a mission of revenge. Gradually, he becomes helpless as his revenge turns into a rescue mission for a little girl. I greatly relate to his feelings and sensations.

It’s not that empathetic and sensitive adults shouldn’t watch these favorite childhood films. I am, however, telling you to be prepared to feel some intense emotions if you do. Sometimes it can be a burden to feel heartbreak while just watching a movie, but it’s also incredibly powerful to connect with art so strongly.

If Your Partner Does These 6 Things, You’re Being Emotionally Abused