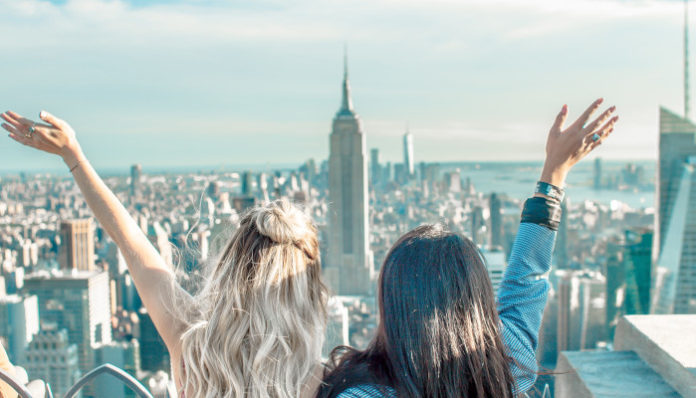 New York City is a popular travel destination. While you’re booking your trip, I doubt the laws of New York State have been on your mind, though. As a New York resident, I looked for the most ridiculous laws in our state. What I found made me laugh. I wonder how they plan to enforce these laws. Check out these ridiculous laws of New York, and remember them so you don’t end up in jail during your visit!

It’s illegal to wear slippers in a public place after 10 PM in New York City.

My first question is: Why 10 PM? What about the rest of the day? I think this is a very silly law. This law is in place because the smelly slippers may attract rats. So, do the police walk around arresting anyone with slippers on? Surely there are more important things to worry about.

Chucking a ball at someone’s head for the fun of it is not just rude, but it’s illegal, too.

Better be super careful when you play dodgeball in The Big Apple! Does this really need to be a law? We all know it’s not kind to chuck a ball at someone’s head, but I don’t think it needs to be a law.

Come on, now. Dating is challenging enough on its own… do we really need to ban flirting as well? This law, which passed in the early 1900’s, tried to protect women from drunk men who “tried to get women to look their way.” But still, I don’t think we need to be offended by everything.

You cannot release more than 25 helium-filled balloons on Long Island.

I don’t think we should be releasing any helium-filled balloons, because they are bad for the environment. So, this is not super ridiculous. But, the most ridiculous part is the set number. How did lawmakers come up with 25? Are the police going to stand there and count the number of balloons that are loose?

Governor Cuomo has received multiple citations for the 500 signs advertising the wonderful things in New York along the interstates. These signs break both state and federal laws. But why is this an issue? Shouldn’t we be able to proudly advertise our lovely home states?

In New York, placing your thumb to your nose and wiggling your fingers is illegal.

One word: Why? I’m pretty sure my sisters, our friends, and I all did this as children. How is this offensive to anyone?

It is illegal to ride mechanical bulls on Long Island in the town of Hempstead.

Did a law maker or a member of the public get injured on one and think, “Hmm, I feel like being a jerk and making it illegal for anyone to ride one?” I rode a mechanical bull in college, and it was a blast. Totally harmless. These laws are just getting petty now. Apparently we can’t have fun anymore.

In New York City, it is illegal to own ferrets.

I don’t love ferrets, but I don’t think they hurt anyone. Maybe they were mistaken for rats? We may never know.

It is illegal to walk in public on a Sunday with an ice cream cone in your back pocket.

Is this for real? Who is going to walk around with an ice cream cone in their back pocket? This would be such a stupid idea. Why just on Sundays? Lawmakers really have far too much time on their hands. This one is dumb, dumb, dumb.

Many laws keep us safe, but some are petty and ridiculous. What are your thoughts on these laws? What are the most ridiculous laws of your home state?

The Lasting Effects Emotional Abuse You End Up Living With