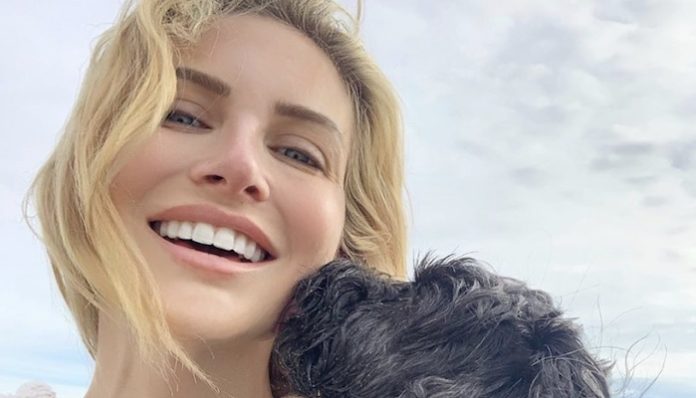 With the anticipation for The Hills: New Beginnings quickly rising, the whole world is struggling to catch up with what the original cast is up to now. Lauren is married and pregnant with her second child, Audrina is a mom and still single, Whitney is also a mom still working in fashion and lifestyle, Heidi and Spencer are still together and are parents, and Brody just got married. But what about Spencer’s little sister Stephanie?

Well for starters, she moved to England for a few years and inherited a weird half British accent. She’s also done a bit of reality across the pond and has her own podcast. Oh, and it appears she got an entirely new face.

Don’t believe me? Here’s what she looked like before.

If you still don’t believe that there’s that much of a difference, take a look at this side-by-side comparison.

Fans of the show are freaking out because her appearance is completely unrecognizable.

It’s no surprise that when celebrities are given a lot of money and even more opportunities, they’re bound to splurgein the plastic surgery department. They’ll try anything they can to freeze the aging process to preserve their brand (which is entirely their look), or to change the slightest imperfections they think they have.

Clearly, she was inspired by her sister-in-law Heidi’s plastic surgery transformation and decided to do it herself. However, the reality star has yet to address the fact she’s had work done. Yes, as we age our bodies change. But it’s undeniable that Pratt has made a lot of changes since we saw her last in North American media.

Her nose is a lot slimmer, which indicates that she probably had a nose job. Her round face is now thinner, which could be a result of weight loss. But based on the way her cheeks are perked up, we may have proof of cheek fillers. Her lips are also significantly bigger than before so she probably had injections there too.

Additionally, her chin is almost a completely different shape.

Her teeth appear to be a different shape so she could have had veneers put in. Not to mention, she’s lost weight everywhere except in her boobs which have gotten a lot larger. So we can probably add a boob job to that list too.

It’s a shame she’s made such drastic changes to her appearance because she was always a naturally pretty girl. A lot of fans liked her because she had pure intentions and seemed extremely relatable in all sense of the word. Young women could relate to her looks, personality, and hustle. That’s what made her a fan favorite.

Maybe she’ll address her new look on the show. Or maybe she’ll keep denying the rumors and saying “it’s a natural change of aging” when asked. Regardless, we’ll have to keep taking second glances until we get acquainted with Stephanie’s new face. Because that’s the most shocking new beginning any cast member has had since the show has ended.

Guess we’ll find out when The Hills: New Beginnings airs on MTV on June 24th.