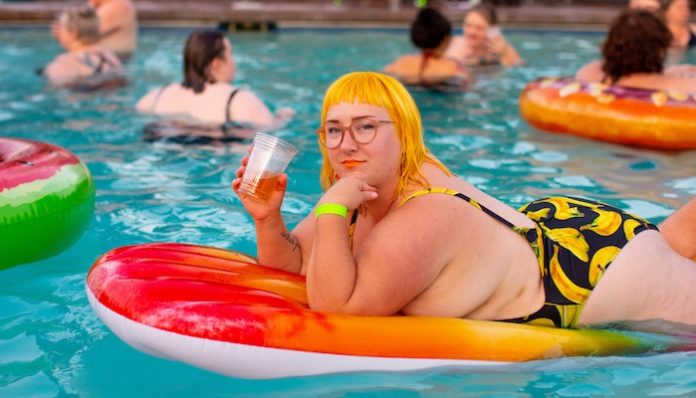 We need to start using the “f” word. No, I’m not talking about the word you think I am.

I’m talking about the word “fat.”

I recently wrote an article throughout which I constantly sprinkled the word “fat.” When I received my edits, however, I noticed that every time I used the “f-word,” they had changed it to a euphemism, such as “curvy,” “plus-size,” “overweight.” I felt devastated. No, I felt angry.

There is nothing inherently wrong with the word “fat.”

Society has made it into a bad a word, a judgmental word… and we have bought into that perception hook, line, and sinker. Being fat simply means that you have more weight on your body than others do. It is not a synonym for “bad,” “gross,” “unworthy,” or “less than.”

Actress Aidy Bryant of SNL and, more recently, Shrill, talked to Cosmopolitan about how she herself wants to reclaim the “f-word.” “Yeah, I’m fat,” Bryant told Cosmo. “I’m not afraid of saying that. And there are a lot of euphemistic ways to soften it, like, ‘She’s chunky or curvy.’ But there’s something to be be said for just owning [the word ‘fat’] and not letting it destroy me.”

I personally take ownership of the word “fat” by shamelessly calling myself a fat woman. I am currently in eating disorder treatment, and I constantly refer to myself as “fat” during groups and in private sessions. At first, my fearless use of such a “forbidden” word took others aback. But the more I used the word “fat,” the more people started to see it as neutral. I don’t use “fat” in a self-deprecating way; I just use it as a descriptor.

Because it’s what I am. No shame necessary.

As Hermione Granger so beautifully said in Harry Potter and The Sorcerer’s Stone, “Fear of name increases fear of the thing itself.” When we refrain from using the word “fat,” we perpetuate the idea that it is a dirty word, one that we shouldn’t use.

The longer we continue to use “fat” as an insult, the longer we believe that being fat makes us bad people, which it absolutely doesn’t. We all have different “set points,” the weight range our metabolisms will fight to keep us at, despite our attempts to lose weight. It is unfair to insult someone for their weight in the same way that it is unfair to insult someone for their height. Our set points are ingrained our DNA and should not define or disparage us.

In order to free the word “fat” from its ugly associations, we need to start using it objectively and non-judgmentally. We need to reclaim the “f-word” as the neutral adjective that it is. Of course, not everyone who is bigger likes the term “fat,” and that’s OK. Use any word you want to use to describe your size.

But don’t continue to use “fat” as an insult when it simply is not one.