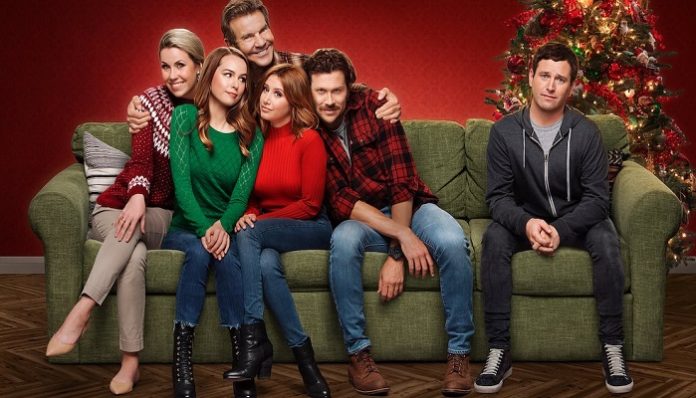 Hits like “High School Musical” and “Good Luck Charlie” defined our childhood. Now, Netflix plans to bring it all back again. No wonder the internet is exploding about this newest mash-up!

Netflix announced earlier this week that former Disney Channel stars Ashley Tisdale and Bridgit Mendler are teaming up to give us a series titled “Merry Happy Whatever.”

The show will follow the two women inside a big family’s Christmas. It will be a true Disney flashback: feisty, fun Christmas mixed with the crazy antics that Disney Channel’s shows all have. The show is predicted to be more of a dark comedy. Reports say that the story line will center around a family filled with “conflicting personalities,” which surely will add to the humor and joy.

Our two favorite Disney gals aren’t the only names making a splash with this announcement, though. Media sources say that Dennis Quaid, Brent Morin, and Adam Rose will also make appearances.

News regarding the show is minimal at best right now, even directly from Netflix.

Both girls are very excited to take this journey, though, and bring us the grown up Disney Channel we have been waiting for. Let’s just hope the show does succeed and brings us future seasons around all of our favorite holidays!

If Love Hurts, It’s Not The Real Thing

11 Reasons I Hate Your Parenting, Not Your Kids