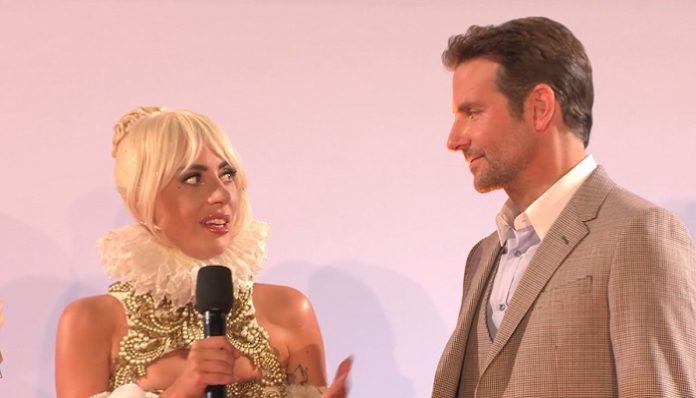 The Oscars were last Sunday. While the nominees, winners, and fashion are no longer being talked about, viewers still can’t help but comment on Bradley Cooper and Lady Gaga. The two have undeniable chemistry and an obvious mutual respect for each other, but the internet is convinced they should actually be together in real life, too.

The comments escalated after their intimate and semi sensual performance at the 91st Academy Awards. Even though it’s been over a week, people can’t stop gushing about their instantaneous chemistry and how awkward this all must be for Cooper’s girlfriend of four years, Irina Shayk.

Regardless of how you feel about the situation, these tweets are hilarious in their own.

I actually can’t with this caption. She looks so serious!

This is by far one of the funniest tweets I’ve seen yet.

To be honest, I would have been the same way. But at the same time, he and Gaga seem to actually like each other. Unlike Cooper and his girlfriend, who barely touch or go out in public together at all.

They did, and I wish they did more.

I mean, he did give her constant looks of admiration and was seemingly close to her in front of the world and Irina. You know that car ride had to be intense.

Is it pathetic that we can all agree with this statement?

Even Tiffany Haddish agrees and feels the love. She’s out here promoting this love like it’s a new movie.

Obviously, some people are right that they shouldn’t be sending hateful things to his girlfriend when they’re bashing Jordyn Woods in the Kylie and Khloe situation. But this was pretty true.

Do you think she purposely sat in between the two?

SHE ALMOST KISSED HIM, DID YOU SEE IT?

How did he not win?

I wish I was a fourth wheel.

Even I would be okay with watching. Actually, I encourage it.

Obviously there is some sort of connection, whether it’s a mutual lifelong friendship or star-crossed lovers trying to sort out their destiny.

Gaga did just break off an engagement, but Bradley is still in a relationship with model Irina Shayk, who he shares a child with. But whether it’s real love or just an outstanding ability to pour passion into acting, the world will never stop sharing how much we want Bradley Cooper and Lady Gaga to fall in love and have a happily ever after for real.

Featured image via Sassy/CC BY