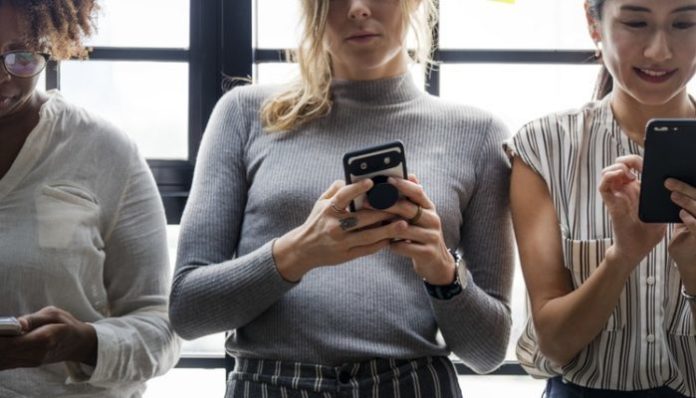 I recently had a horrifying experience. The other day at work my cell phone stopped working. While I have experienced “outages” for short periods of time, five minutes here and there, this outage was unlike anything I had ever experienced. I spent over two hours on the phone with my cell phone provider to find out why my phone was not working.

It was in that very last moment of my conversation with the representative on the phone that I realized I had an addiction to my cell phone.

In the past, I have tried to go on social media detoxes and decrease my cell phone usage, but in today’s modern, at-your-fingertips culture, not being connected seems like the real “American Horror Story”. I recently saw a documentary, and in it, they talked about how the millennial generation, when we are detached from social media, it’s as if we don’t exist. How sad does that sound?

After the initial panic had set in from not being connected, whether it was receiving texts or refreshing my feeds every 15 seconds, I started to think about life before cell phones. I didn’t get my first cell phone until I was  13. To be fair, in 2004, the hottest cell phone at the time was the Motorola Razr or the T-Mobile Sidekick (RIP), neither of which my parents let me have. Social media was not even hitting its stride yet and not built for mobile platforms. We were charged per text messages for the month, and often times we had to wait until after 7 or 9 pm to call our friends.

Today, I think about the prehistoric era where smartphones weren’t part of our daily routines and I get a cold, tingling chill down my spine. It seems almost surreal that we lived like that. Of course, with every generation came new technological advances, but the most significant one was the cell phone and it’s continued evolution. The world is essentially at our fingertips, yet we still want more.

During my moments of crisis, I thought about how ridiculous my problem truly sounded. There are people all over the world and right here in this country who are suffering much worse fates, from unemployment, homelessness, lack of clean drinking water, and so much more, yet here I am worrying about my cell phone service. As a society, we’ve become so dependent and reliant on our cell phones, that we often use it as a means to shield us from the negative or woes around us. Our cell phones can serve as blinders to the outside world, because we’ve spent so much time staring at our screens, curating our “brand”.

In all honesty, the whole ordeal scared me straight. There has been a lot of talk amongst self-help gurus and all kinds of relationship experts about “being present” and I am starting to truly believe them. It’s scary when I go out to eat and see entire families choosing to ignore one another and spend their time on their phones than with their loved ones. How about when you see families with young kids who use iPads and other tablet platforms to keep their children pacified? What kind of social interaction and learning opportunity is that for your child if they’re going to be taught they can only behave if they have a glowing screen in front of them? Growing up as a kid, when I went out to eat with my parents or other people, I was told I needed to behave like a grownup, look at people when they talk to and be present.

Staying present, especially with the temptation of our cell phones is certainly going to be a challenge for anyone, but it is certainly an admirable goal to work on. Little by little, I am choosing to either leave my cell phone in the car or remain in my pocket if I’m going out to eat or hanging with friends. There are many groups of friends who will put their phones in the middle of the table face down and the first to pick up their phone picks up the whole bill. Finding ways to hold yourself accountable all in the name of staying present can help.

I challenge you the next time you go out to eat to see if you can go the whole meal without touching or looking at your phone. Furthermore, don’t use your phone as a means to drive . We’re all on this Earth for a finite amount of time, so let’s make the best of it without the glaring blue screen distracting us from our purpose.

Photo by on Unsplash