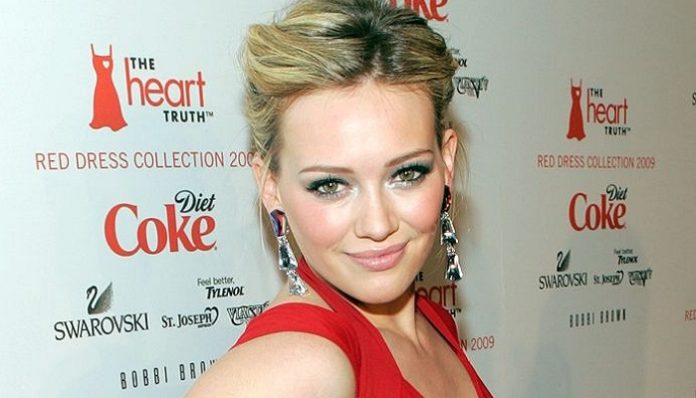 Lizzie McGuire was one of the most iconic shows for all millennial women. Don’t even try to argue me on this fact. Lizzie related to most young girls out there. She taught us about every uncomfortable thing that will happen as we age; from wanting to get a bra to what happens when friendships change and the nerves that are associated with not fitting in at school.

While all the characters were relatable in their own right (let’s be honest, we all had a bully like Kate and an evil little brother like Matt), they too have grown up just like we have. In case you’re wondering how much the lead cast has changed over the years, don’t worry, I have the updates for you.

#advertisement Allergies won’t keep me indoors this spring! Join me and @ClaritinUSA for their #20MinutesofSpring Project! Get outside. Find Happiness. Post a favorite outdoor activity pic on Facebook or Instagram and tag #Claritin and #20MinutesofSpring by 6/21; $5 will be donated to @bgca_clubs (up to $50K) to help get the kiddos outdoors.

While she often admits that at the time of playing this role she was annoyed when she was recognized for her character. But in years since, Hilary Duff has been more than appreciative and grateful for being Lizzie. She’s already been married (and divorced) and has a 6-year-old son Luca, and is currently expecting a baby girl in the next few months with her new boyfriend, Matthew Koma. You can now find her working on the hit TV show, Younger.

Lizzie’s best friend Miranda was the seemingly confident and outspoken friend who, at times, was the most insecure. This made her extremely relatable to girls who were confused with where they stood in the middle school hierarchy. Sadly, she did not appear in the last six episodes or The Lizzie McGuire Movie due to the actress’ filming schedule for the Disney Channel Original Movie, You Wish.

His Instagram account may be private but we still found a pic of what he looks like! And he hasn’t really changed. He’s no longer in the industry but majored in geography at the University of California. He is now working in New York and earning a masters degree. Gordo always was smart!

I did a thing! College has been a long journey for me. I'm in an interesting position, in that I'm already working in my career, so my goal with education has always been that of self improvement. But since I've been working at the same time, I've had to do a bit of a balancing act (and sometimes had to hope professors would allow me to turn things in online, miss class, or be skyped in so I could do a movie!), so it ended up taking a little longer. I took as many classes as I could in as many things that interested me (highlights include how to be a health inspector, advanced electrical engineering, abnormal physiological where we just diagnosed symptoms, and a TON of great screenwriting classes). I started off with psychology, then Japanese, threw in some advertising photography, and landed on a degree in Screenwriting with a minor in Japanese language. I cut it pretty close, too. Meeting with an advisor a few semesters ago, I was told I'd hit my total unit cap for undergrad if I wasn't careful (I did). I had some great professors, met some really awesome people that I'll continue to work with, and pushed myself to learn as much as I could. If you're currently in school, hang in there! Keep at it! If you're thinking about going back, do it! Next stop…. grad school??? We'll see. #csun

Aside from being the pesky little brother who loved to torment his big sister Lizzie, Matt was the dweeb we all had in some shape or form in our lives. Since his Disney Channel days, Jake’s been busy pursuing photography and acting, in addition to going to California State University for a number of things.

Remember the nerd Larry who was the weird kid who was paired up with Kate during their fake marriages, and when he was temporarily dating Lizzie? Ugh. Such a throwback! Turns out he’s still working as well in television production and acting.

The director of The Lizzie McGuire Movie @jimfall enjoyed today’s matinee performance of Women of Manhattan. Also, I look like a child without a beard.

I’ll start things off by saying Ethan Craft is still single! Now that we got that out of the way, he’s been busy producing documentaries and acting in a number of films and plays. He’s still single and available. Lizzie might not have a shot, but at least now I do!

Since being our entire generations mother figure, Hallie Todd has been busy making films, educating the youth on and off screen, and continuing to use her voice to empower and inspire others. Once a mother, always a mother. And as you can see here, she and her former co-stars still support each other and hang out. Way to keep the family together Mrs. McG!

As you can see from some of the pictures, the cast still gets together and I’m glad to see that the cast of this show still has mini reunions whenever they can. It proves that their chemistry was legit in order to make the show so successful. Now all we need to make this world perfect again is a Lizzie McGuire reboot where Lizzie is a mom and it’s about her kid. You know, like Raven’s Home. I don’t know about you but I would definitely tune in each week!