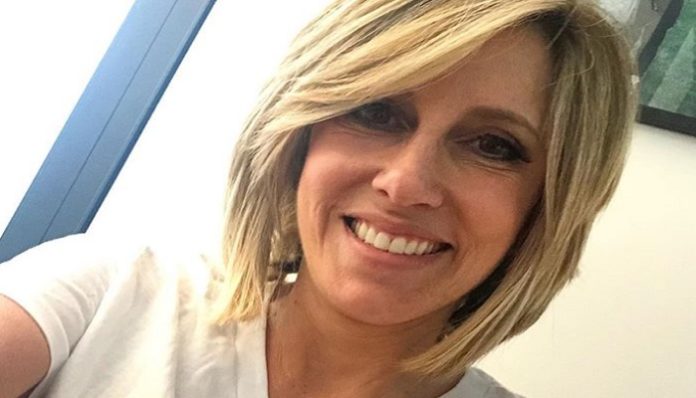 Sometimes there are authors out there that pull at our emotional heart strings, entrance us under a spell in their story lines and alter our reality of the world we live in. Luckily for our generation we’ve been fortunate to have a few that can really change our lives through the power of a book.

Emily Giffin is one of them, and it looks like her talents may be leading her to a new direction that may be able to influence thousands of others with her stories.

On Thursday June 19th, The #1 New York Times bestselling author posted an Instagram story that alluded to a future project. The post included a schedule with a listed meeting labeled, “PITCH: Unt. Emily Giffin Series”, a selfie with movie producer Molly Smith, and a video of her entering a conference room at Netflix’s office.

And while the story may be deleted, the screenshots live forever!

It may not seem like a big deal, but here’s why should you care.

Giffin writes some of the best “chick-lit” out there! Vanity Fair even went so far to call her the “modern-day Jane Austen”. Smith, the co-star in her selfie, has award winning films under her belt such as “La La Land”, “The Blind Side”, and “P.S. I Love You”.

Together, these ladies would bring an emotional experience to screens across the world. And viewers like you will appreciate it as you watch, laughing and crying. If my speculation of a collaboration of a film adaptation of one of her novels is true, these films could be better than any Nicholas Sparks novel-based movies!

They flocked to theaters in 2011, when her first novel, Something Borrowed, was adapted to a movie. Readers have been anticipating for the adaptation of the sequel, Something Blue. It’s not uncommon to hear fans asking about the next movie release date at book signings but the author managed to stay vague on the subject. This led me to go on an even deeper investigation.

Based on the timeline in Giffin’s official website, it took approximately 2 years for Something Borrowed to be made and released (producers got together in 2009). This timeline also gives the impression that Something Blue has been in the works for quite some time (since 2014).

Further evidence suggest this Netflix project is sequel-related; Colin Egglesfield who played Dexter, the main love interest in Something Borrowed, will be moderating the author’s book signing event in Chicago on July 2nd.

Although these clues are convincing that the fans will soon get the sequel they want, the scheduled meeting in Giffin’s Instagram story is not consistent with this theory. Her pitch was labeled as a series, not a movie. Now, fans have to prepare themselves for the possibility of watching Something Blue unfold through episodes.

Another exciting possibility is that this Netflix series could be the adaptation of Giffin’s third book, Baby Proof. The timeline states she started writing its screenplay in 2010. It has been 8 years since then, making the long time period reasonable for writing it as a series instead of a movie.

At this point, nothing has been confirmed. Her Netflix project could be something entirely new and non-related to any of her books. Fans would still approve because she’s just that talented!

Nonetheless, whatever Emily Giffin is bringing to our screens, it is something to look forward to. Pick up her latest novel, All We Ever Wanted, recently released on June 26th, to pacify the wait.