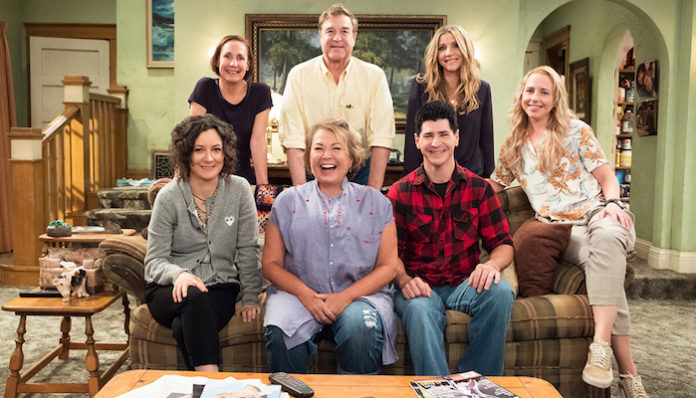 The current television trend seems to be rebooting old shows such as “Fuller House,” “Will and Grace,” “Magic School Bus,” “The Office” (hopefully coming 2019?), “Murphy Brown” and others. The most recent show to be a part of this new era is “Roseanne.” When it was on the air, it was known as a groundbreaking show for portraying a far from perfect, blue-collar, working-class family. It was one of the first shows to divulge outside this image of civility within the nuclear family. Meaning, The Conners were a more realistic family that people understood. The house was messy, they fought and money was tight. Both parents needed to work to provide for their three children. It wasn’t ever glamorous.

However, in the context of the times when “Roseanne” originally aired, having a family like the Conners on network television was relatable. Families all across the country saw similar versions of themselves in these blue-collar characters. Both parents had to work to survive, and even then family still struggled.  They showcased all their flaws and didn’t strive the be a perfect nuclear utopian family.

The show aired for 9 seasons from 1988 to 1997, and then in 2018 it was recently picked up for an entire season by ABC. Ironically enough, in the finale Dan Conner (John Goodman) died from a heart attack, only to be alive and well in the pilot of the reboot. The show would not be able to survive as well without John Goodman’s character. It plays into the entire family dynamic, the constant banter, petty arguments etc. In typical reboot fashion, one of the children find themselves living back at home with their parents. In this case, its Darlene with her * 2 or 3* children.

In 2018, the Conners still have the same family dynamic. It is evident within the pilot episode that they are conservative Trump supporters. They may not say his name, but it is strongly implied. When you look at the people who put Trump into power, it’s mostly middle America: blue-collar working families. Therefore Roseanne, caters to that political and socio-economic demographic. If it was any other President, this wouldn’t be nearly as problematic.

But for many Trump supporters who feel they are part of the “minority,” it makes them feel represented. Nothing is wrong with representation. BUT when it’s done by a niche of people who happen to be the majority, its problematic. By portraying a family, who plays into this same demographic on network television only encourages and validates these people and their alt-right beliefs. It’s destructive because in the past, when people didn’t agree politically it wasn’t divisive.

In 2018, your political views have become a divisive tool to strengthen the gap between people instead of allowing that difference of perspective to encourage a productive discussion. It’s very possible most viewers don’t see it that way. It’s likely that when people are tuning into the show they are watching for nostalgia. But for those who watch because they feel connected and represented to these characters its bullshit. The show was already renewed for the rest of the first season, and it will be incredibly interesting to see how it all plays out.

If you have not seen the show, you can catch it every Tuesday on ABC at 8pm.