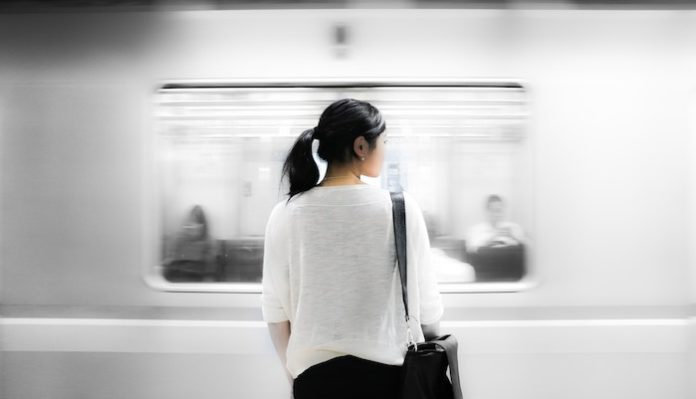 I love public transit. I know that is not always a popular opinion, but I mean every word of it. I love that I get to be part of a community while riding public transport, even if just for a few minutes. I love people watching on subway, the bus or the train, imagining where each person is rushing off to.

Most of all, however, I love the subway.

I grew up in a small town with little in the way of public transport. Finally, at 17, I moved to the big city of Montreal, Canada. I was astounded by the amazing metro system in Montreal – the train lines can take you absolutely everywhere you want to go. In my first year of university, my roommate and I would hop on the metro and ride to a random stop, just to get off and explore a brand new part of the city. With one quick subway trip, I was able to get anywhere in the city. For bright-eyed 17-year-old me, this kind of mobility was a dream come true. I finally had the opportunity to just leave whenever I wanted to go wherever I wanted.

After moving off-campus in my second year of college, I discovered just how essential transit is to living in Montreal. I lived quite a bit further away from campus, and though I could walk, it was a long, cold, uphill journey to class. Instead, I took the bus or the subway. Taking transit was no longer something I did just for fun, but for necessity. 8 am classes are hard enough to get to without having to walk 30 mins in -20 celcius, so the bus was a lifesaver. I could roll out of bed 15 minutes before class and catch the bus right in front of my house. Even with the convenience of the bus, I still found myself taking the metro at every opportunity. I was warm, fast and comfortable. I was also addicted to the constant influx of people rushing around. It was exciting to part of the crowd as it flowed onto the platforms and into the cars.

In my last year of school, I started dating a man who lived quite far away from me. His apartment was about an hour walk on my own. Thankfully, we both lived very close to metro stations. So much of our relationship took place as we took the metro together, ferrying ourselves between each other’s homes. My memories of that last year in Montreal are full of late night subway rides out to his house, reading and observing as the train brought me ever closer to him.

The subway has come to symbolize all of the things that are the most important to me. The subway means discovery, it means mobility. It means you have access to the whole city, right at your fingertips, with no car or driver’s license required. I learned, dreamed and fell in love on the subway. My time on the subway has helped shape me to be exactly who I am today.

After graduation, I moved home to the small city where I grew up. Here, we have little in the way of public transit. Our transit score doesn’t even exist – we are entirely car-dependant. There are a lot of things I miss about Montreal, but I miss nothing as dearly as the subway. I knew I loved the subway before, but moving back to my hometown made me realize just how much I love it.

I just finished a book by Taras Grescoe called Straphanger, in which Grescoe speaks about his own love of public transit. He’s toured several cities around the world to see their public transportation systems, comparing which systems have worked well, as well as where they are located. In the conclusion to the book, Grescoe observes that he will always choose to be a straphanger, a person waiting for public transit. I completely agree. I will always choose to ride public transit. Right now, my plan is to move back into a city with a good transit infrastructure as soon as I can. Even in the future, I wish to foster the same love of the subway in my children. Subways have the power to connect us; they force us to interact and escort us on a shared journey around our cities. We need them, just like they need us.

Photo by Eutah Mizushima on Unsplash

6 Tips To Help You Sleep Better If You’re Pregnant