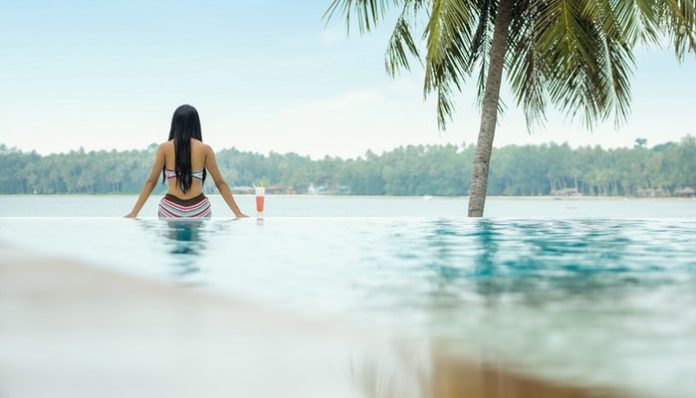 The saying “everything old is new again” could not ring more true than America’s fascination with murders from the 90s. From Serial, to Making A Murderer, true crime is all the rage in Hollywood and the entertainment industry. More specifically, high profile celebrity murders are being turned into mini-series and docu-series for a whole new generation to obsess over. In 2016, Ryan Murphy brought to life the polarizing and still controversial O.J. Simpson murder trial for a new audience to engage with and talk about. In 2017, Law & Order took a stab at the real crime/true crime drama in their take on the Menendez Brothers. In 2018, Ryan Murphy is back with another iteration of his American Crime Story, this time tackling the gruesome murder of Gianni Versace.

Gianni Versace was one of the MANY shocking celebrity deaths in 1997 (Christopher “Biggie” Smalls, Princess Diana of Wales) but the motive behind it is still unclear. For me, what makes the dramatizations of the crimes so fascinating is the slight bit of creative liberty taken with the facts as well as a narrative we don’t always get when reading a news article about each event.

In the past, there have been dramatizations of true crimes, but in a fictional matter on shows such as Law & Order, but never really diving deeper into the story aside from a cheap thrill. Of course, there are various true crime television shows, including Snapped, Forensic Files, Cold Case Files, but those only tell the story from a pure facts based standpoint and conduct interviews with the people who were there at the time.

With Ryan Murphy shows, he always makes it a goal to put out a show that has substantive value to a larger social issue (race relations, politics, gender equality, etc.) and with his latest entry into the true crime cannon, Ryan Murphy is highlighting the issue of homophobia in the 90s, among other things. In my opinion, Ryan Murphy has given a breath of fresh air to the true crime genre. The lens he frames his shows in is deliberate, and each episode accomplishes its goal of unraveling another layer of the story.

What makes the American Crime Story series so interesting is that the audience is transported back in time and given a front row seat to history, but in an extremely enjoyable but uncomfortable cinematic aesthetic meant to truly raise eyebrows and entice viewers to have further discussions. Continuously, the murder of Gianni Versace is not as well known as say the murders of Biggie and Princess Di, which happened in the same year. Yes, many people may have known the fashion house of Versace, but in my understanding, Biggie’s murder and Princess Di’s murder (yes I believe she was murdered) overshadowed anything else because of the cultural significance of their deaths. Versace, and his legacy would go on, but Biggie and Princess Di, they were their brand, and their deaths were finite. There is no discounting one’s death or importance of one over the other, however, if you were to rank celebrity deaths via murder in 1997, Versace’s death is ranked below the other two.

Here’s what you need to know before the premier of The Assassination of Gianni Versace: American Crime Story airing Wednesday, January 17th, 2018 at 10pm on FX:

Who/What/Where/When:
Gianni Versace was murdered in front of his house in what is now the infamous Versace Mansion in Miami Beach on July 15th, 1997. His killer was named Andrew Cunanan. Mr. Cunanan had been on a killing spree throughout the country and Versace was his last victim.

Why
The “why” of the murder is still unresolved, as Cunanan killed himself before he could answer any questions or reveal his motive.

The premise of The Assassination of Gianni Versace: American Crime Story will focus on Gianni Versace’s life as well as Andrew Cunanan’s life all leading up to of course the untimely and unfortunate murder of Versace. The show is based on author Maureen Orth’s book  Vulgar Favors: Andrew Cunanan, Gianni Versace, and the Largest Failed Manhunt in U. S. History.

Like always, Ryan Murphy has an all star cast on his show including Penelope Cruz playing Donatella Versace, Edgar Ramirez as the titular character Gianni Versace, Ricky Martin as Antonio D’Amico, and Darren Criss as Andrew Cunanan.

All you 90’s babies need to sit back and unwind with a glass of red wine in your best Italian fashion and enjoy the ride!

Love Is Blind: The Hard Lessons Relationships Force You To Learn