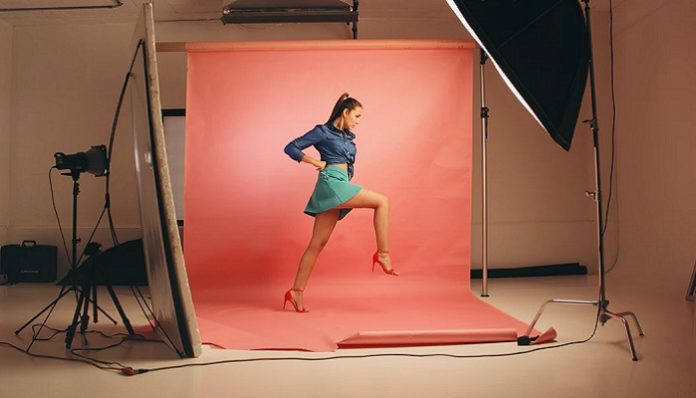 The opportunity presented itself for me to take part in a boudoir photo shoot. At first, I kind of chuckled out loud and asked, “me?” and continued to ask “why?” Modelling is never something I would have wanted to get into.

Although I was flattered I was definitely hesitant to say “yes”, but I did.

I mainly said yes because I’m really trying to push myself out of my comfort zone and this seemed like a daring opportunity I couldn’t pass up. But what made it so grand for me was posing naked on camera for other people to see.

For those who know me, they know that I have zero shame and they often think of me as confident in myself. Which I totally am! They also know that I have no shame when it comes to sexuality and think it’s something that should be celebrated regardless of the form.

But posing in my bra and underwear on camera absolutely terrified me.

I’m a curvy woman, especially from the waist down. And it wasn’t a matter of being ashamed of my curves or embarrassed by them, it was just weird for me and I was somewhat shy all of a sudden. And while most people thought I’d be scared of showing my thunder thighs, it wasn’t even that I was scared of showing. I was petrified to show my stomach and the pouch that I have. People don’t know how self conscious I am of that area of my body.

Modelling is already intimidating enough when you’re not used to it. But being naked and vulnerable makes you that much more awkward and uncomfortable. Being naked is such an intimate and personable thing so you do kind of worry a bit at first. You’re bending in positions you feel like a whale in because you can see how your body looks from your angle. Yet, when you look at the images they look totally normal. Your mind psychs you out before you even see or do anything.

I have to say, with any photoshoot your photographer makes the world of a difference. Mine was as spunky, kind hearted and professional as possible. She did her best to make me feel comfortable and it showed in the pictures and as the day went on.

After the first few awkward shots that feeling goes away and you begin to feel empowered. It’s as if you’re body is going, “Yes, you’re doing it, keep going.” She gave words of encouragement and would show me the odd shot that looked unreal to prove I have a reason to be excited and not like a dog with it’s tail between its legs.

They do everything to make you feel comfortable and look good. They tell you what poses to do or try, they will adjust your hair so that it looks as natural and as sexy as possible. They literally hype you up in a way your best friends can’t when doing a photoshoot with them in the street.

The music in the background helps you relax and get in the mood. Nothing screams “I feel sexy” like posing on a bed to Dangerous Woman by Ariana Grande or hearing Good For You by Selena Gomez while you whimsically stare out a window.

After the shoot was done I was anxious to see how they looked, mainly because you naturally worry about that regardless of what outfit you are wearing. When I finally got them a week later, on my 22nd birthday, I was taken away. Obviously, not all shots I was a lover of and that’s normal with any portrait, but most I was shocked that was even me. I didn’t think I was capable of looking that good in pictures!

I was already empowered during the shoot but seeing the finished product really made me feel good about myself and confident in a way I never knew existed; It’s hard to describe unless you do it. You feel beautiful in a new way and after that point, I saw my transformation.

Would I ever do a boudoir shoot again? Absolutely! And I would recommend it to any woman who wants a once in a lifetime opportunity. I know so many ladies who want to do a shoot for their men or for themselves and I encourage it. It’s tasteful, it’s empowering and every decision is in your power. It’s your moment, do it for you and for no one else.