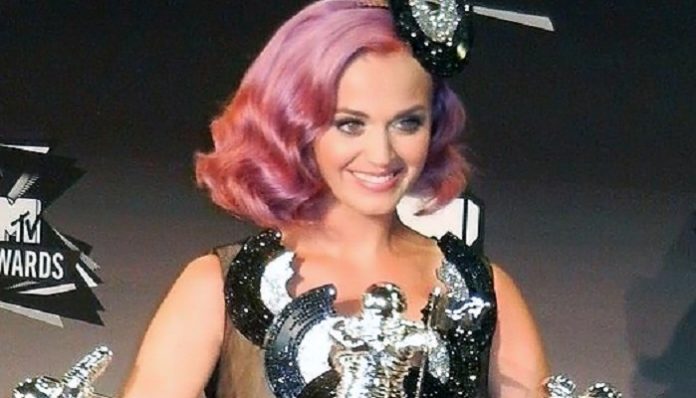 It’s that time of year again. The VMA’s have come and gone. There were so many amazing performances and not to mention the release of Taylor Swift’s newest music video “Look What You Made Me Do”. The show started kicked off with Kendrick Lamar performing DNA and Humble. The performance included a kick ass light show and someone setting themselves on fire. The backdrop also was on fire as people climbed up and down the burning prop. This is probably some kind of symbolism of him being “straight fire”.

Katy Perry did a space themed entrance which is fitting considering the MTV mascot is a space suit. She came in “just from Mars” still in her holo space suit and the sarcasm began instantly. Perry started off with saying she hasn’t been or heard from earth in a long time, but everything must be going good! *Insert audience laughter because obviously everything is not going good in America*. Someone then hands her a newspaper stating that the world is on fire. How are we coping? With fidget spinners of course. #FidgetSpinnersMakeLifeBetter

From there the performances and the awards began!

P!NK (Vanguard performer of the year) performed a mashup of all her old hits starting with Get the Party Started, So What, Raise Your Glass, Just Give Me a Reason, Fucking Perfect then ending the performance with her newest single, What About Us. The performance included a flying car and a lawn mower, not to mention the naked people running around the stage with black censor bars attached to them in an unknown manner. Oh and the naked people had chainsaws. Leave it to P!NK to break her award less than 2 seconds after receiving it as well. Pink accepted the award with a powerful/heartwarming speech about her 6-year-old, who Pink says recently told her she was the ugliest girl in her class and she looked like a boy.

During the show, there was an announcement for the Heather Heyer Foundation, which will now provide scholarships as well as other ways to fight against racism and discrimination. A descendant of General Robert E Lee also spoke out about his ancestors statue being a symbol of racism and segregation, and he stated that this should no longer be the case and that we should fight AGAINST racism as well as support others who are working vigilantly in the fight.

Here are a list of the winners of tonight’s performances:

Let’s just say, Kendrick Lamar’s “Humble” sweeped the stage with 6 wins, including Video of the Year. Hands down, the most prominent song of the show. No wonder they opened the show with it. In case you haven’t seen the video of the year yet, take a look for yourself:

10 Things You Need To Stop Doing To Have A Better...

Why Millennials Are The First Generation To Embrace A ‘Side Hustle’