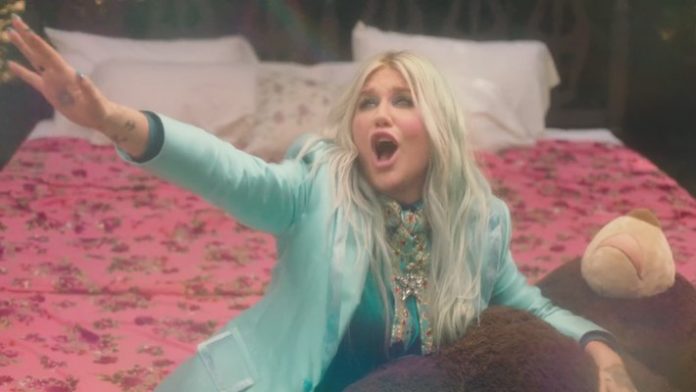 KE$HA IS ON A ROLL. Ke$ha just released her third song off her brand new studio album early this morning and let’s just say, it’s amazing! I mean, what did you expect? She’s had several years to write this album, so we just know everything is going to be a major hit. This newest music video gives us glimpses of Ke$ha when she was young with several flash-back videos. I absolutely loved this about the video because at one point it shows a young Ke$ha trying to play the piano. We truly know that she has always been a musical person. Throughout the video you can see Ke$ha laughing and playing as normal children do. We also love how carefree and happy she once was, and we are glad that she is back in a good place again!

The new song “Learn to Let Go”, gives off vibes of childhood and how easy it was to let things go and move onto the next. It seems like Ke$ha is taking back her youth and learning how to let go of everything that has happened to her (especially with Dr Luke).

This song is definitely one of the most empowering songs released so far. Ke$ha has become a stronger person after everything she went through and learned to do what most people struggle with, learning to let go.

It’s got a very upbeat feel and it’s definitely the next song you will be jamming out to in your car in traffic. Take a listen for yourself:

Ke$ha’s new album Rainbow will release on August 11th, and we honestly cannot wait to give it a listen when it comes out. The first three songs on the album were definitely amazing, so we are confident the rest of the album will be great as well!

Until the album release in August, at least we have 3 new songs to jam out to in our car. Who know’s, maybe we will get lucky and get a 4th before the album releases! Even if we don’t, we are just glad to have Ke$ha back into our lives again.

IN CASE YOU MISSED THE FIRST TWO:

7 Ways To Connect On A Deeper Level With Your Significant...

Why Millennials Are The First Generation To Embrace A ‘Side Hustle’