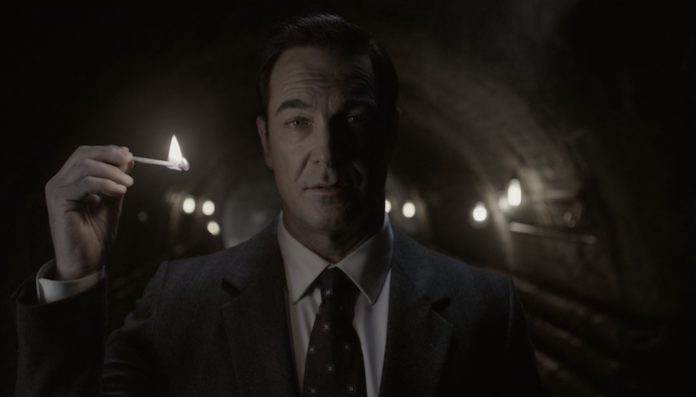 Reading has always been tied with writing as my favorite past time. As a kid, I would get enthralled in worlds of fiction for months at a time with a series of books. One of those adventures I took was with Lemony Snicket, the author of A Series Of Unfortunate Events. When I heard this collection of young adult books was becoming a Netflix original, I freaked! And with the lead role of Count Olaf filled by Neil Patrick Harris, my hopes were set higher than Aunt Josephine’s house on the tallest cliff overlooking Lake Lachrymose. Yet reality sunk in as episode 2 finished.

Maybe this show was its own series of unfortunate events.

It isn’t the acting that makes it so hard to watch. In fact, the acting is the best part! NPH is legen- wait for it -dary; his performance is very similar to Barney in How I Met Your Mother in the sense that he’s trying to pull one over on others all the time. Patrick Warburton could not be any better of a narrator; to play Lemony Snicket is to have amazing skills in line delivery and keeping a solemn face and attitude. Baby Sonny Baudelaire is literally the cutest and most talented child in all of time. And the ongoing slew of A-list celebrities that graced the set to play the roles of The Baudelaire’s guardians were nothing short of their usual A-list selves.

It isn’t the fact that it strays from the book either because it doesn’t at all. The script seems to be taken word for word from the actual text. Violet, the oldest child, ties her hair up every time she is about to invent. The subtitles given to Sonny’s baby mumblings are spot on with the scene’s context and with what her siblings understand. Anytime someone says “when I was your age” the kids respond with their “we’re all different ages” autoreply. Every two episodes spans the context of one book in perfect order starting with The Bad Beginning, to The Reptile Room, The Wide Window, and The Miserable Mill to finish up Season 1. We can guess where season 2 will pick up.

This is a story that reads better than it’s watched.

Especially from an adult perspective. As with most children’s stories, as a kid, you don’t see things the same. Watching with a mature eye, I can see how obvious the tricks Count Olaf plays are; I get frustrated at the ironic use of vocabulary.

One addition to the show that I do appreciate is the subtle jabs at Netflix. With a line from Count Olaf stating that live theater is better than streaming television and another from Mr. Poe about imagination being fine for children’s books but not for digital entertainment, I couldn’t help but laugh.

Overall, it’s sub-par. And definitely not binge-worthy. Trying to get through more than two episodes at a time was more than I could handle. Hence why this review came almost a week after the release date. It’s just hard to watch for the simple reason that it’s too childish.

Think About It: Who Would You Impress If The World Was...