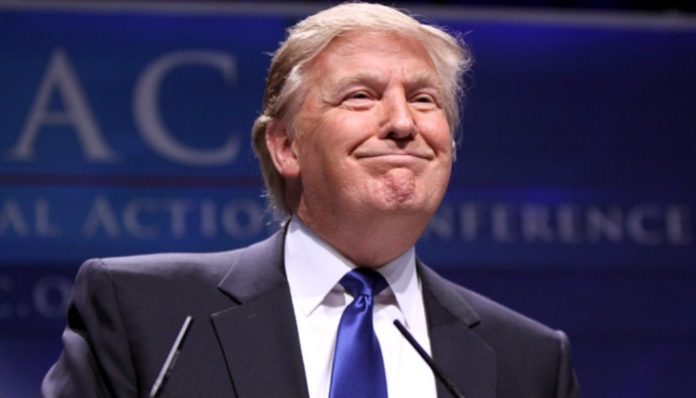 I have a confession to make – my dating life sucks. Sure, I’ve got Tinder on my phone and I occasionally swipe through to see if I’ve matched with anyone remotely attractive who doesn’t give off serial killer vibes, but on the whole I haven’t had much luck in love. This is evidenced by the fact that I recently ended up on a date with a Donald Trump supporter.

In my defense, I didn’t know he was a supporter until well into our date. We had decided on dinner at a local restaurant, and about halfway through our meal we got on the frequently touchy subject of political leanings.

What surprised me is what I learned during that meal.

Trump supporters, as a general rule, tend to get lumped into one group – the racist loonies who voted for a reality TV show host as president because they didn’t know any better. Maybe they’re a product of their upbringing. After all, MTV did stop playing music when the members of my generation were children, and began favoring reality television shows like Jersey Shore that would eventually lower the nation’s collective IQ.

My date, who we’ll call “Tom” for the sake of anonymity, had definitely been a Trump supporter at one time, but that’s where the similarity ended. We were able to have a civil debate about many current events including the happenings in the White House, without one instance of name-calling or either one of us storming out of the restaurant in a huff.

I can’t tell you how much I’ve missed having a civil debate.

When I asked Tom why he voted for Trump, he didn’t really have an answer for me at first. He simply shrugged and said that it “just felt right.”

I’ve found that this has been a common theme with Trump supporters – a lot of them don’t really know why they voted for our current Commander in Chief. It could be that they got swept up in the hype – Trump is nothing, if not a showman – or maybe they just couldn’t stand to see Hillary in the big chair. Or maybe they actually voted because of his policy promises, though he hasn’t kept many of the promises that he made on the campaign trail.

Whatever the reason, I didn’t push the issue. It was clearly a touchy subject and I really didn’t want to risk a heated argument over spaghetti and meatballs. We had just had a civil debate, after all.

“I’d change my vote, now that I’ve had time to think about it,” Tom said, after the silence had gotten uncomfortably awkward.

I was taken aback. I’d seen the news – older Trump supporters regretting their vote now that their benefits were being threatened or their jobs, once promised protection, were in jeopardy. However, for some reason, I hadn’t expected to see that same behavior in a millennial voter.

“When it comes down to it, we f*cked up,” he continued. “He lied, we fell for it, and now we’re reaping what we planted back in November. I don’t hate women. I don’t even hate Hilary, though I don’t agree with her politics. We wanted someone to shake things up a little bit, and we got an earthquake instead.”

It was interesting to see a little bit of… repentance, for lack of a better word, from someone who admitted to being a strong supporter of the current Commander in Chief at one time.

The biggest thing I learned from this one and only date with a Trump supporter named Tom is this – we need to take the time to hear each other out. We’ve got more in common than you might think.

Could I see myself dating him long-term? Hell no. We had some nice conversations and parted on amicable terms, but neither one of us was interested in a second date.

They say opposites attract, but when one magnetic pole is a Trump supporter and the other is anything but, they will probably end up flinging themselves in opposite directions eventually. So my takeaway from this experience, in terms of my personal life, was that I really probably couldn’t date any Trump-supporter long-term, because they just don’t align with my values if they looked at a man like that and judged him the better choice to Hillary, regardless of the reasoning.

However, a bigger takeaway from the experience is that if you can find someone willing to open a simple line of dialogue with you – a civil conversation – feel free to take them up on it. Maybe if we take the time to learn about and understand each other’s viewpoints, we can avoid making the same mistake in the next presidential election in 2020.