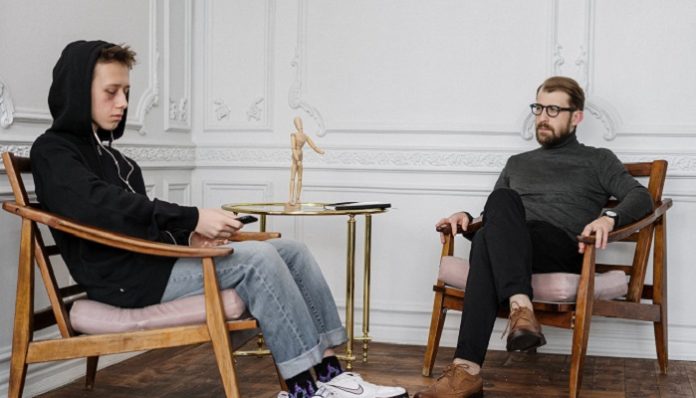 I’m sure everyone has heard the classic saying “there are two types of people in this world.”

Oddly enough, many films, television shows, books, and other mediums indicate this saying of there being two different people in the world, but does anyone truly catch on to what this saying may be enforcing?

Let us take a look at some of the quotes from some of our favorite movies:

“You see, there are two kinds of people in this world, the workers, and the hustlers. The hustlers never work and the workers never hustle and you my friend, are a worker.” – Cocktail

“There are two kinds of evil people in this world. Those who do evil stuff and those who see evil stuff being done and don’t try to stop it.” – Mean Girls

“There are only two kinds of guys who wear earrings: pirates and faggots.” – Black Roses

“There are only two kinds of people in the world: there are women, and there are men.” – 500 Days of Summer

Most of the quotes seem harmless enough, but many people don’t consider the idea of what categorizing two people may be doing.

Imagine a circle. Inside the circle is considered normal, outside the circle is considered abnormal. With this circle, there are only two options to categorize people in: those who are normal, and those who are abnormal, but who makes these decisions on where to categorize people? The media of course! Most people don’t realize how much the media is able to persuade them and corrupt their brains into thinking and believing whatever they want the person to see out of a certain situation.

Why must we categorize people between two things and two things only? For example, the 500 Days of Summer reference about men and women, if those are the two kinds of people in this world then where would they be placed in the circle of normals and abnormals? Well, if we consider historical and present events of inequality among men and women, it is obvious that the men would sit in the middle of the circle with their happy group of other “normals” while the women stand outside of it. It all comes down to who has power in society, and who doesn’t, and the media only wants to continue enforcing the idea of normal and abnormal so that the “normals” continue striving off of their pedestals of power while everyone else suffers beneath them.

This is why it is so important to look outside the box and understand how the world works in a new light. Those in power, specifically the media, have the ability to control what is presented to us on screen. Sure, not all of these quotes claim that someone is normal and someone is abnormal, but they show how our world has a belief that there are two kinds of people in the world, and usually only one of the kinds is the more desirable one. We must look with a new eyesight to understand that those inside the circle have power and control over those outside of it.

But, who is in the circle?

White people, men, heterosexuals, mentally healthy, the rich, the educated, the list could go on and on.

As a society, we must learn how to fight against the idea of the circle of normals and abnormals, we must understand how the media is able to work our minds into believing these things without us even realizing that it is happening, and we must stop enforcing the idea that there are only two kinds of people and realize that our world if full of many different wonderful people who are unique with their own characteristics. I am a strong believer that education is the first step to fixing many problems, and this is one of those situations. Once we realize that this is happening, we can stop helping to enforce the idea that there are those who are deserving of power and those who aren’t because they don’t fit society’s “norm.”

My Hardest Goodbye: Coming To Terms With Losing My Dad At...

Dear Dad: To The Person I Miss The Most Every Single...