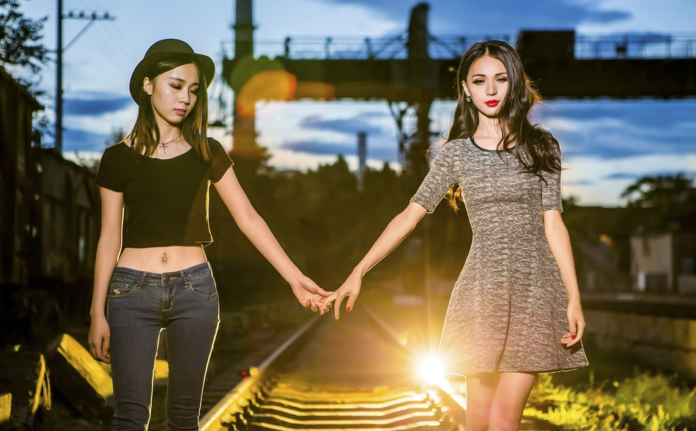 We are all adults here. Some of us may act it more than others, but I think we have all reached the age where we should know that it is okay to distance ourselves from people who do not compliment our lifestyles. People who have made our lives more difficult than rewarding. Toxic people who do nothing for your life, but take away from your happiness: real life dementors (Harry Potter reference for the non-geeks; they are creatures that suck out your soul).

When we were young, it was normal to “write someone off.” You fought over a colored pencil. You didn’t like the brand of shoes they wore. You were on Team Britney and they were on Team Christina (Team Britney obviously). As we grow older, it seems odd to cut someone out of your life without a grand, justified reason. Sometimes though, there are just some people that are not meant to be in your life for the simple reason that they impede on your path to happiness. Those are the people that you are allowed to let go of, to take a step back from, to remove from your “friends list” of life and not feel guilty about it.

You have a right to protest your own mistreatment.

It is not weak to let someone go; it is brave.

To quote the great J.K. Rowling, “It takes a great deal of courage to stand up to your enemies, but even more to stand up to your friends.” There is more to be said for the people that are able to walk away from something than there is for those that stay with it longer than its expiration. Don’t be afraid to take a step back to reevaluate the situation that this person is putting you in. Just make sure you are not stepping back off a cliff.

It is not selfish to cut off a toxic person; it is just an act of self-care.

You have to take care of yourself first. If you have someone in your life that has a dark cloud hanging around, chances are that dark cloud is going to start following you too. Someone who is constantly negative is going to try to bring you down to their level; stop them before you let it overcome you and drown yourself in a bottle of Jack Daniels.

It is not rude to distance yourself from someone that is damaging you; it is just a part of growing up.

You will be too much for some people; those aren’t your people. Sometimes it hurts more to hold on to something that doesn’t belong. Even more to fight for someone who doesn’t even realize that they are doing more harm to your life than helping it. If you find yourself questioning their motives more than embracing them, now would be the time to walk away and get a puppy. You never have to question their motives.

If you find that a friendship, relationship, or even a hairstyle has to be forced, just let it go.

It should not be considered work to keep a friendship going or a relationship stable. The people that are meant to be in your life will always gravitate back towards you and those who don’t, do not deserve to be there after all.

The more you evolve into the person you want to be, the fewer people you are going to have by your side. That is not your fault or something you should feel guilty about; it is just a part of life. That doesn’t mean that you should cut everyone from your life that you may disagree with. It just means that you are becoming more aware of the people you want to spend your time with and those that deserve your love and understanding.

A Muslim Woman Made Me Cry At The Grocery Store