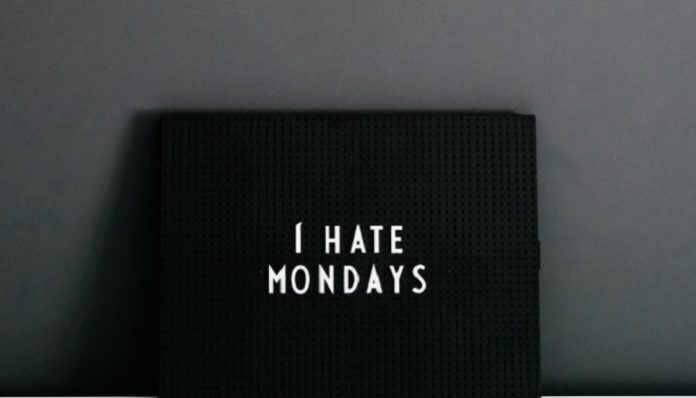 People are always shitting on Monday. Poor Monday. It’s just there to kick start your week, to greet you after a couple days away, to say “hey, let’s get you back on track to adulting.”

I can see how it’s an annoying day. You have to talk to people you don’t choose to talk to; you have to put pants on; you have to wake up early. I don’t like those things either. But it is refreshing to have a new start. You have a whole 5 days to get your stuff done. Why stress it so early on in the game?

You know what day gets too much credit? Wednesday. Hump day. The halfway point.

It’s probably the worst day of the week but everyone thinks so highly of it and I don’t really get it. Other than it being all downhill from there as you coast to the weekend, it doesn’t have a lot going for it.

You’re still not at the weekend. It’s still not even the day before the weekend. There’s still Thursday. And after that, you still have the work day portion of Friday. So what that the first half of the week is gone, there is still the second half.

There is so much work to do. Because we are now in the latter half of the week, there’s half as much time to finish up your to-do list. We know you didn’t kick it into high gear right away on Monday morning and now you’re realizing you’ve got your work cut out for you.

You already did this twice before. As I’ve said, you already woke up on Monday and did the whole work thing, then repeated your routine Tuesday, and maybe this third time will be the charm but it probably won’t be. You will still do what your boss says, go to the gym after work, cook dinner, and watch TV mindlessly before you do it all again Thursday.

For all you optimists out there, keep on thinking Wednesday is the best. For all you acronym-loving wine-ohs, keep getting together with your girls for wine down Wednesday. For the realists, like myself, let’s take this day for what it really is… Another work day where you’re stressed and sleepy.