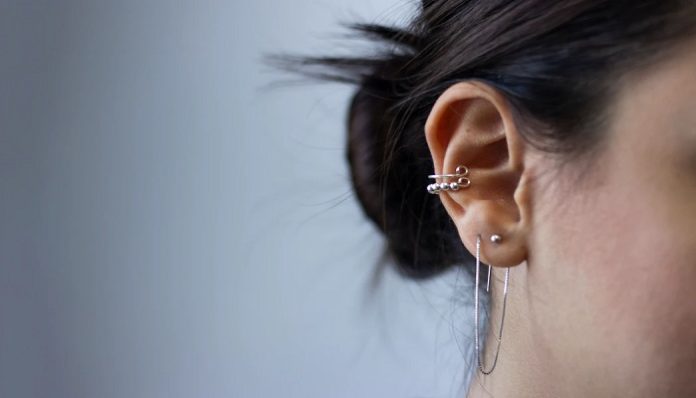 After years of suffering from constant migraine headaches, trying anything but prescription medication to get rid of them, I decided to get my daith (inner ear) piercing done to test the theory. I have read everywhere on Facebook, Pinterest, Tumblr, and across the internet that as soon as you get your daith piercing your migraines just disappear. I also had several friends recommend it to me because of someone they know getting a daith, then becoming migraine free. So after debating it for a couple of months, I finally gave in and went.

When I walked into the tattoo/piercing shop, I fumbled my way to the jewelry counter looking for something I wouldn’t be allergic too since I am allergic to most metals. After the piercer finally came up, she had to help me pick out my jewelry from the small selection that I could wear.

Once we finally got to the piercing area, my anxiety kicked in. I have a horrible fear of blood. Like the passing-out-at-the-sight-of-it kind. So my biggest worry was that things would get too bloody. She cleaned everything extremely thoroughly; it honestly looked like a doctor’s office. After what seemed like a century of disinfecting, she got to work.

Before she started, I asked her if it would hurt. She said “it honestly depends on your pain tolerance”. Most people walk out of here saying “wow that didn’t hurt a bit” and others thought it was the worst pain in the world. She said a common complaint was the sound of the needle going in and the crushing of the cartilage. After she answered my question she had me lay down on my side so she could do the piercing.

The piercing didn’t hurt me more than going to get a shot at the doctor’s office would, but she was 100% right about the sound. I cringed like a little baby at that sound. The migraine I had before getting the piercing was gone though! Well at least for a few minutes. After paying, it came back 1,000 times worse. But once I took some medicine and slept, the magic of it started.

I woke up with no migraine.

This is a surprise because they usually always hang around the next morning. Then for the first time in I don’t know how long, I didn’t have a migraine. I had minor headaches, from stress mostly but never a serious migraine. Since it has been about a month since I got the piercing done, I can happily say I have only had the one migraine – probably from the nervous anxiety of the ordeal since the day I got the piercing done. So YAY for being almost migraine free.

I have debated on going to get a second daith done in my other ear, but haven’t quite decided yet. The hardest part about having it is cleaning it. I have to say that I do not regret getting the piercing and it has, in fact, gotten rid of my daily migraines.

Who knew I would become so fond of a little piercing because of it’s little magical powers of keeping migraines away?

I Went Broke Over The Holidays, And This Is My New...