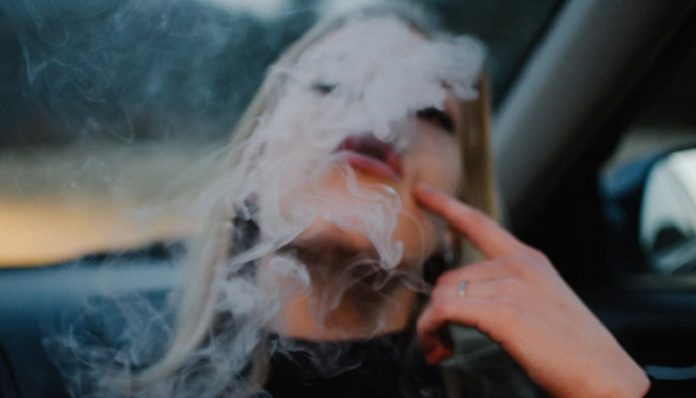 I’m not sure when it all started; I don’t remember my first time doing it. This period of my life has been like a dark cloud I tried to outrun, but it always caught up to me. Some memories are hazy, incomplete, scattered, and I’m still putting the pieces together. Other memories are so vivid as if they’ve been burned into my brain, and those are the ones I try to forget. I hate that I am still working on this puzzle, I want to get up and walk away from it but I can’t let it go. I was a coke addict.

Suddenly My Life Was Changed Forever

My darkest memory of it all happened about a year into my drug addiction. One night I was partying at my dealer’s apartment. I hit a bad line and all I remember are black patches starting to consume my vision, and then I dropped to the floor. My head smashed against the glass coffee table, and when I came to, there was a stream of blood running down my face, and there was no one looking over me. No one even got up.

No one gave a shit.

Maybe that should have been my queue to get out, but I didn’t. I couldn’t. I remember lying on the floor, tears in my eyes, clutching my heart as it raced a million miles a second, thinking ‘What the hell just happened to me? How did I get here?’ As silly as it sounds, I wanted my mother, she would know what to do. But I was on my own, and when I finally gained the strength to sit up, I snorted another line to drown out the thoughts that were catching up to me.

I Started Liking The Drug More Than People.

Moments later, I felt as though I could outrun the fastest man on earth. I was invincible once again. The next morning was rough, my body ached, my cheeks were torn up, my nose was raw, my head was pounding, and my heart was breaking. Still, I didn’t get out. I remained in the hole for another year. Once the money ran out, I befriended my dealer, and the dealers who worked below him. I started sleeping with one of them. In all honesty, I really liked the kid, but the truth was I liked the drugs more. I liked having my dealer on my side, I felt powerful. Everyone in the city was afraid of him. I heard he’s in prison now for manslaughter. He always had a temper, but he was always nice to me. I was a good customer.

A week later I was raped by another dealer from a different crowd. You learn to associate with different circles in case one of them is dry. He always supplied the drugs when we would meet up and I didn’t want to jeopardize that, so I let him do what he wanted to me. I didn’t fight; I just laid there waiting for the moment he was done so we could get high. Men always like to get high after sex. I convinced myself I wanted it too. The problem with men is that they think just because you consented last month then you consent in every single encounter that follows it.

I blame myself a lot too, because I knew there was always a chance of something bad happening to me and still I went over there. I struggle to make sense of it, which times I just surrendered to men who picked me up or dragged me to the bedroom. Which times I said no and they took it as a coy tactic in playing hard to get. Of course they wouldn’t take my ‘no’ seriously; who would? I was easy to get, I slept with everyone, and “you can’t rape a whore.” The worst were the times I was told to shut up and they put their hand over my mouth, or the times I pretended to be into it; because being dragged and silenced is so much more humiliating. It’s not black and white. It never will be, and I’m still learning how to define my experiences.

I Needed To Get My Life Back.

A few months later I got tired. I couldn’t do it anymore. I felt like my heart was going to give out; it couldn’t handle another night of snorting. My family couldn’t even look me in the eye. I lost all my friends. I quit playing soccer. I lost about 30 pounds. I hated who I had become. I was slowly disappearing into nothing. So, I decided to get out. I never spoke to any of them again.

It’s been six years since I’ve touched the stuff. I don’t do anything harder than coffee. I like being clear-headed, it makes it easier to move forward. I graduated with honors from University, and I’m attending Grad School in the fall. I’ve volunteered at a center for at risk youth, I’ve been a part of initiatives to end gender based violence, I’ve fostered a girl who was struggling with addictions, and each day I work on myself a bit more. I feel successful, and incredibly proud of myself. One day I hope to be the director of a women’s service center or maybe get my PhD and become a feminist academic.

I dream big now, and I don’t need drugs to make me feel like I can do anything.