I often say I grew up in the wrong era; I love The Beatles, and would rather listen to the crackling of a well used vinyl on the record player than a pop playlist on Spotify. I’m fascinated with the simplicity of the 60s – 70s and how free and happy people lived. After making an attempt to go 24 hours without technology, I realized the reason those days seem simpler to me is because there was no social media.

A professor assigned my class to go 24 hours living like it was the 1970s, meaning no technology whatsoever that was not around during that era. Easy enough right? Not so much. I woke up one morning and thought “today seems like a good day to cleanse myself of social media, it won’t be that hard”. However, for a reason I can’t even pinpoint, a couple of hours into the day I felt the urge to scroll through Instagram. I’ll admit, I did this at least twice and went on Facebook twice as well – I just couldn’t help myself. It’s kind of funny that the way I say this makes it sound like it’s some sort of drug.

The fact that I felt an unexplained need to check social media is what got me thinking about why we do it. Then I realized that it’s become so ingrained into my daily life that even if it’s not interesting, it’s a force of habit to keep checking it. The desires of social media came from the constant pressures of daily life of this century. Eventually social media has become a way to just pass the time.

Suddenly, an app on a cell phone became a sort of security blanket, especially for people of my generation. This technology grew along with the millennials, so it is something we have learned to live with. Social media is meant to be a way to stay connected to the people in our lives, but this class assignment taught me that is not always the case. The thing is, social networking is not a means of connection anymore, it is a means of proving yourself to the world. Without being able to share a photo or send a Snapchat that day was weird because I felt like I wasn’t a part that Web 2.0 culture.

I learned I really didn’t have a problem not being able to connect with people because anyone I needed to talk to I would be seeing that day. We spend so much of our time editing a photo and finding a perfect caption, almost taking away from the memory in itself. They say “a picture is worth a thousand words”, but thanks to the invention of Facebook, the worth of the picture is now based on getting a thousand likes. Nothing is about making memories for ourselves, it is about sharing them with other people to prove the worth of the photo.

I’m not saying that the world has been destroyed by social media because, let’s face it, this is only the beginning of the internet. There is still a long way to go, and as my professor told us, we are just one step away from having our cell phones tattooed into our arms like we’re part of the hunger games. There is no way to completely change this, nor does anyone want to. The internet is amazing and social networking is fun, so instead of going to the extreme of trying to dissolve it from our lives, I say we work with it in a more positive way. We could do this by sharing any damn photos we want regardless of the likes we get.

I say we laugh at the ridiculousness of certain celebrities because seriously, it’s not real. Instead of using social media to escape whatever negativity is happening in real life, why not use it to embrace all the positive things we have to share.

Ultimately, my attempt to go 24 hours without social media taught me not to give in to the pressures that are placed on my generation. I learned that the reason I like using it is because I want to share my experiences with the world, regardless of what the world has to say about it. I also learned a lot about myself doing this assignment, and my advice to you is to take the pressure off when it comes to social networking. Sure it’s nice to have, and fun to use, but it is not the be all and end all of our generation. It isn’t going anywhere and if our parents got by without it in the 60s – 70s, I think we can to. After all “living is easy with eyes closed” right? So living must be easy without the pressures of social media. 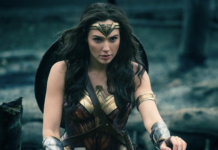 10 Movie Releases That Are Delayed Because Of Coronavirus 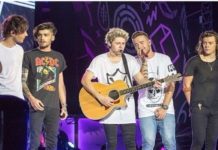 5 Things I Say As A Person With Mental Illness (And...

To Those Who Know What It’s Like To Lose A Child,...