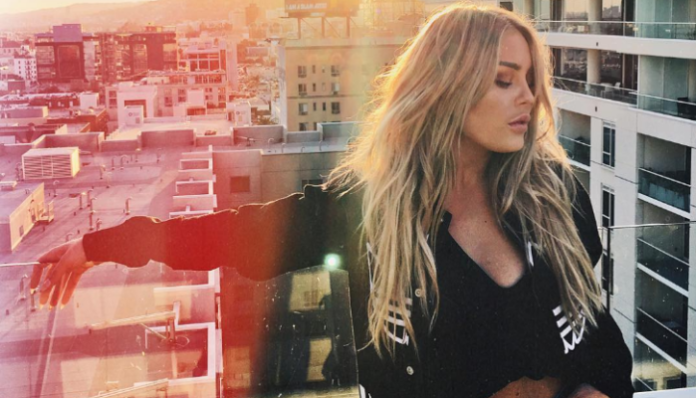 I look super cute as a dog, so thanks Snapchat! But seriously, the invention of all these new filters on various social media platforms is super fun, you can’t deny it. Seeing yourself as someone new is totally hilarious at times and I’m all about aesthetics, so anything that makes my social media profiles look pretty and clean? I’m all for it. Also, who doesn’t love a filter that makes you look bomb? Or literally look like a bomb?

I look at the positives rather than the negatives but I know that not everybody does that. With these new inventions has also come some serious negative backlash, especially from men, on what women should or should not be posting on social media. My response? Why the f*ck do you care what I post on social media? There is too much criticism towards women on what they should or should not be doing on these platforms. And it’s not just men; women are attacking each other as well. If you think I look dumb for posting a dog filter Snapchat,

If you think it’s stupid that I take time to make my Instagram profile look nice, unfollow me. If you think my tweets about an awards show are annoying, unfollow me. It’s so easy to get rid of what you don’t want to see on social media. Follow what you want to see and ignore what you don’t. It’s simple, yet I see more and more people posting about “how it’s annoying when people post _______”. You know what’s annoying? You posting about what annoys you. Seriously, those negative posts are surely not making you happy. They aren’t making your targets happy, either. And posting about it only reiterates that it’s happening, not making it go away.

I think it’s time people stop criticizing others for what they choose to post on their social media. And there are definitely some double standards as well. If I, as a woman, made a comment about being annoyed over men posting about some sports game going on then I’m the bad guy. My point here is that women seem to be the bad guys on social media these days. Everything we do, say, post, or like is scrutinized. We get poked at for posting about our favorite shows, yet others can post updates to the game without any feedback at all. And why are we getting feedback about social media anyway? Who f*cking cares? I actually find myself thinking twice before I post or like anything because I’m scared I’m going to get made fun of or shamed.

If I want to post a bikini selfie because I think my body looks amazing then I should be allowed to do that without and slut shaming worries. Men post pictures in their bathing suits all the time, what’s the difference? The difference is that I have boobs and a vagina. Seriously, that is the only difference. Think about how frustrating that is. Why are we letting others dictate how we portray ourselves on our own personal platforms? My advice to this is to just DO YOU BOO. So what if you lose some followers after posting a selfie, you don’t want those negative followers anyway. I’d rather them be gone then influence what I can or can’t post. Choose to ignore the negative hate because if you continue to feed the fire you’re gonna get burnt real bad.

I’ve learned a lot about myself through social media. Even though it’s public, it’s also extremely personal. I choose to show who I am through my social media platforms and I shouldn’t have to worry about negative comments from anybody, much less men, about what I choose to do on my own profiles. Like I’ve said a million times and I’ll reiterate again:

I choose to not apologize for posting that bikini selfie or using the dog filter. You should choose to unfollow rather than comment. Some things are better left unsaid and if you don’t have anything nice to say then don’t say anything at all! Negativity only breeds more negativity and nobody wants to get drunk off a glass of that. So ladies, continue doing you on social media and if you lose a few followers along the way so be it. They are sippin’ on some serious haterade anyway!