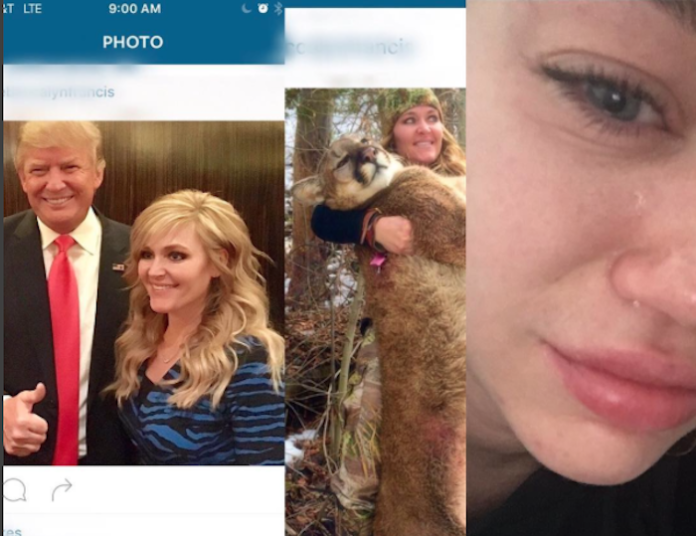 At this point, I think the entire world is tired of hearing the word Donald Trump. There never seems to be any good that comes out articles containing Trump and his views. In the past few days, there’s been a significant spike in searching “how to move to Canada” with many threatening to do so if Trump wins and various hashtags such as #makeDonaldDrumpfagain and #neverTrump. You know things are real when celebrities are beginning to attack Trump on Twitter hashtags. The #antiTrump hashtag of the day is #TwoWordTrump with Marco Rubio saying it best:

Many joined Rubio making #TwoWordTrump a trending topic of the day. Here are some of the best so far:

It’s all fun and games until you realize that it isn’t a joke. Hashtags, memes, and videos making fun of Trump may be entertaining but the reality is these jokes can become our reality. One of the many celebrities taking this  election seriously is Miley Cyrus who is threatening to leave the country if Trump becomes president since there #aintapartyindausanomore.

In a series of Instagram posts, Cyrus described her feelings about Trump, and commented on how she was moving saying “I don’t say things I don’t mean”.

Yes . That is a tear rolling down my cheek dripping off the end of my nose….. This makes me so unbelievable scared and sad…. Not only for our country but for animals that I love more than anything in this world…. My heart is broken into a 100000 pieces ….. I think I may vomit …. That picture on the right is so disturbing…. YOU are not destiny! It is not your job to decide when a living things life is over …. & YOU DT ARE NOT GOD NO MATTER HOW MUCH YOU THINK YOU ARE!!! (& if he doesn't think he is "God" he thinks he is the fucking chosen one or some shit! We're all just fucking jam between his rich ass toes! Honestly fuck this shit I am moving if this is my president! I don't say things I don't mean! )

Cyrus who is known to be an animal lover, and advocate of everything related to animals was enraged with another Instagram user captioning the following photo “..this is what our future looks like with DT” and tagging Trump in the photo.

I'm gonna puke ….. This what our future looks like with DT

Say what you want about Miley Cyrus but girl has a point. It’s hilarious to go through Twitter hashtags and make fun of Trump but if you want a change, be sure to vote. As cliche as it sounds, every mote does matter – your voice matters, you matter.