It is possible that in 2015, we all experienced an eyebrow revolution. Full, perfectly sculpted eyebrows came from far and wide, two at a time, to inevitably bring forth the term “fleek”. The funny thing is, the thick, bold eyebrows that are considered “fleek” by us millennials have actually been around forever. As mind-blowing as it may sound, Cara Delevingne was not the first woman to ever keep her eyebrows as thick and beautiful as God intended. However, we had a preconceived idea that thinner was better, and that’s why this thick eyebrow breakthrough seems so dramatic.

The reality is that all of our grandmas and great-grandmas were rocking that style back in their day too (there’s a framed picture of mine in all her unibrowed glory). In fact, full eyebrows were so common up until the 90s and 2000s that they weren’t even considered a trend. I’m here to tell you that the eyebrows we consider “on fleek” nowadays aren’t new or unheard of; we’re just making the world right again.

If anyone can honestly say they didn’t go through the preteen phase of butchering their natural eyebrow shape, I’m going to be pissed. Around the time I thought I was old enough to start wearing makeup (approximately age 12) was when my eyebrows also became a victim to my tweezers. For some reason, all I wanted was thin eyebrows with a very dramatic arch. That’s what we were all used to seeing back in the early 2000s from celebrities we idolized. No one wore their eyebrows thick; that was considered ugly or unmaintained. If you think back to the shows or movies you were watching back then, did you ever see celebrities like Jennifer Aniston with natural-looking eyebrows on Friends? No. Her barely there eyebrows looked like this: 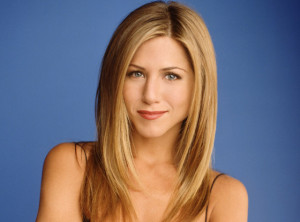 That’s not to say that thin eyebrows are a bad thing. If your natural eyebrow shape happens to be on the thinner side, by all means, embrace that. I think the point of the current trend is to embrace natural eyebrow shapes to their literal full potential (get it?). Many girls have filled their eyebrows in to maximize and enhance the shape of their natural brow. If you haven’t tried this yet, your first attempt may leave you feeling a little intense. But trust me, filling in your eyebrows with an eyeshadow or pencil similar to your hair color (or a little darker if you’re blonde) can really make your eyebrows pop. A strong eyebrow game practically consists of the exact opposite of what we used to deem acceptable. Good eyebrows are ones that will frame your face and bring out your bone structure. 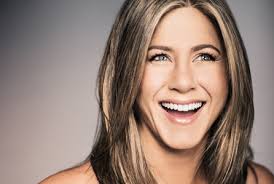 I know that when I finally realized the perfect eyebrow shape to frame my face was right in front of me the whole time, all of my facial features began to look like a team again. Having a strong eyebrow game doesn’t mean overdrawing your eyebrows to achieve a shape that doesn’t accentuate your face, and it especially doesn’t mean over-plucking or waxing your natural shape.

My recommendation? If you’re unhappy with your current eyebrow shape, let them grow out completely and start from scratch. This is a long and tedious process, but you won’t regret it after you see the end result. Once you’ve let your eyebrows grow in, head over to a waxing bar you trust and leave the shaping in the hands of the professionals (give them a little direction, of course). And voilà! Perfect brows. 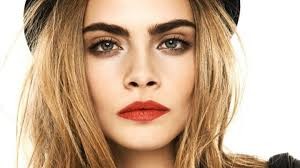