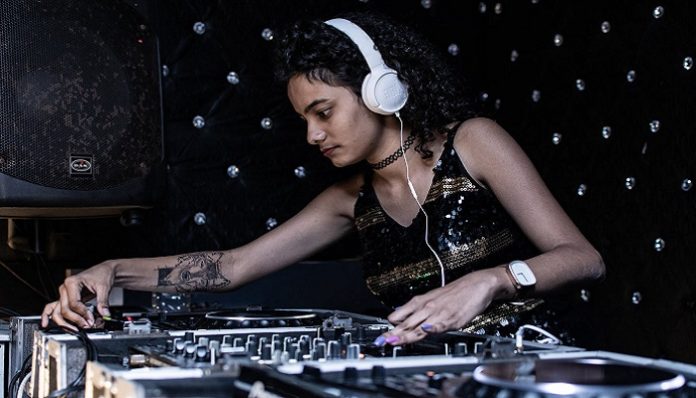 Female DJs are taking the world by storm. These chicks are finally pushing their way into an industry previously dominated by males, but this is just the beginning. These girls resemble strong, badass girl-power and can spin out some completely jam-worthy tunes while they’re at it. Here’s seven DJ goddesses you need to hear:

This Italian beauty is going to hit you hard with bass-heavy Hardstyle tracks. She’s the queen of the kick, part of the Scantraxx Records fam, and a true entertainer.

This dynamic duo resides in Chicago but definitely has heavy international presence. Sisters Jahan Yousaf and Yasmine Yousaf can be heard spinning dance music under the umbrellas of house, techno, drum and bass, and more. After performing at Ultra in 2013, Their debut album “Get Wet” charted 10 ten of Billboard’s Hot 200 in its first week.

Truly a B.D.D. (Bass Drum Dealer). Anna is giving the boys a run for their money and rising straight to the top. This Australian beauty is a jack of all traits as a vocalist, songwriter, DJ and producer.

UK based double header Maya Jane Coles, or her alias Nocturnal Sunshine lays her many talents on the decks in front of her. Whether she’s spinning dubstep under Nocturnal Sunshine or house under her real name, she’s slaying the dance scene and has been sampled in Nicki Minaj’s Truffle Butter. She’s played big stages such as Coachella, Tomorrowland, and Electric Daisy Carnival.

Self taught DJ Mija is an up and coming house artist on Skrillex’s label OWSLA. Playing massive venues around the world, you’re going to want to keep an eye on this one. Plus, she rocks blue hair like nobody else.

Truly an inspiration to every women struggling to find their place in what for so long was a man’s world. She created and lived under a male alter ego named Matt. She relaunched herself as a man to gain success as a DJ and be taken more seriously, and it worked. A film about her life is in the works and she has now proudly come out as a female. At the time, she felt like she had proven a point, but now she is a huge advocate for female electronic producers and speaks out openly about gender equality issues.

Talk about having your life together. These girls have worked hard and risen the charts. Proud to see such inspirational women pushing the boundaries of what it means to be a DJ, and it’s just the beginning. With role models like these, women everywhere are feeling empowered by a genre of music that previously was only played by a man’s world. Who run the world? Girls.