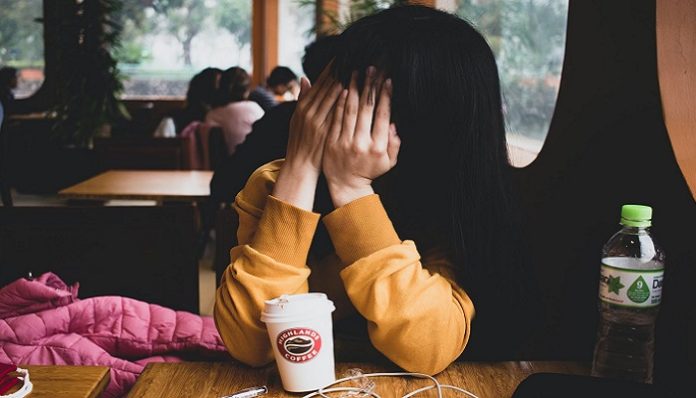 I looked into the caring eyes of the boy across from me. Part of me couldn’t believe that cliché came out of my mouth, but it was the truth. He hadn’t done anything wrong. In fact, he had done everything right. But for a reason that I couldn’t admit, I was pushing him away.

He asked me why. I tried to find something to blame but kept coming up short. I wish I could fault the heartbreak that left me inexplicably empty, but he was the one who dried my tears. I tried to convince him that it was because I was graduating soon and would move away, but he pointedly questioned, “what about us right now?” I said that it was because I didn’t have feelings for him the way he did for me, but my voice wouldn’t stop shaking and he knew I was lying. I knew I was lying too.

But I couldn’t tell him the truth. Because the truth is ugly. I push people away because I’m a coward. I’m certifiably, wholeheartedly and completely afraid.

People spend their whole lives looking for someone to love them, but when it happens to me, I have the overwhelming urge to run away. As soon as I feel myself slipping into that sweet intoxicating feeling of reciprocal love, I immediately shut down. It’s not rose-colored bliss for me. It’s a tangled knot of anxiety, an endless battle between my head and my heart.

Logically, I know I’m being crazy. I realize that when you find someone who cares about you, you’re never supposed to let him or her go. But then my heart always seems to loudly protest, declaring that it doesn’t want to be anyone else’s. That it’s safer if it were only my own.

The undeniable truth about getting close to someone is that you give them part of your heart. It doesn’t matter if it’s big or small, you give part of it away. And once you do that, the person who holds your heart controls some part of your happiness. All of a sudden you can’t help but feel butterflies when they look at you or quiet the pounding in your chest when they say your name. You wish you could make it stop, to gain back some of the control of your emotions, thoughts, sanity, but you can’t. You hate that they can make you more joyful that you could even imagine or the fact that in a second, they could break you. And that’s the beautiful, messy and truly terrifying part of it.

He asked me not to run away, but would understand if I did. The thought of him walking out of my life was far more heartbreaking than the fear ending up heartbroken. I reached out and grabbed his hand. It felt soft and secure in mine. For today, that would be close enough.

The thought of giving someone else a piece of our hearts is scary, and it’s probably one of the most vulnerable things we can do. But if we keep pushing people away out of fear, we’ll always end up alone. That’s why it’s okay to take that leap of faith because one day there will be someone who will always catch you.