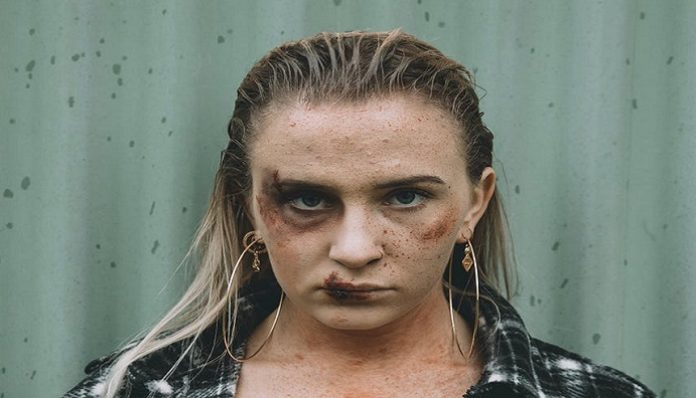 Remember the dress that broke the Internet about two weeks ago? Go check out a Google search of that dress. It’s made headlines yet again, but this time with a twist.

The Salvation Army is now using the white and gold/black and blue dress debate to take on dating violence from a new angle. The latest advertisement for this reads, “Why is it so hard to see black and blue? One in six women are victims.” Pretty powerful how a dress and a Twitter hashtag can go viral twice for completely different reasons, right?

From me to you, domestic violence/dating violence should not be tolerated. I say this from personal experience: there is always someone better out there, and there is nothing wrong with asking for help or walking away. And, no. This isn’t me preaching to you from a book.

An Ohio native and a close friend of mine shared her story, saying that she “would not wish a forceful and painful relationship on anyone. It takes too much time and energy trying to answers the whys. It doesn’t just affect you, it affects everyone around you, and I am thankful that they pointed out the flaws in his and my relationship instead of sugar-coating it.”

“He was always very controlling, telling me who I could and couldn’t talk to. I thought he was doing that because he loved me. But, that wasn’t love. He began calling me profane names whenever I did something that, according to him, I wasn’t supposed to do. When he began hanging out with another girl a lot, walking her to class, and ditching me to see her all the time, it made me uncomfortable. I confronted him about it, and he started the name-calling again. Then, very violently, he made me get out of the car and walk the rest of the way home. By the end of our relationship, he was telling me how bad of a person I was and threatened to kill me and another person that I worked with. The yelling was the part that got me. He wanted to see pictures of me crying, saying I should be because I was worthless to the world. The violence, I can’t describe. It was unreal to know that someone could “love” me that much that they would go so far as to hurt me. It isn’t love. I sincerely hope every person out there understands that whether it is in a relationship, at home, or at school, it isn’t love, at all. I feel sorry for the people who don’t see that yet, and I pray they find the courage to walk away.”

Others, however, are not so lucky. A 16-year-old was shot to death by her boyfriend in Cleveland, Ohio, in 2014. So, how do you know to look for the signs in those you are close to or even in your personal relationships? Victims of dating abuse and domestic violence tend to be isolated from those they are normally close to, as their abusers become more controlling of them. They often attempt to justify their partner’s actions, claiming it’s all out of love. The relationships are often shaky, and often times it’s hard to find an escape. It’s hard to end it completely, even if they give you every reason to.

Dating violence has no time period. It could be months for some, just weeks for others. Maybe, it’s because he is mad. Maybe, it’s because he has had a bad day. He could have just missed that promotion, lost his wallet, or had an unpleasant run-in with someone else. He could have had a perfect day; but he does it anyway. Whatever the reason, it isn’t good enough. The scars, the bruises, the emotional damage, and harrowing memories: it isn’t love.

To those continuing to convince themselves that you have the power within to change a violent individual, think about this. Why is it that you feel compelled to be the one to change this person? Why is it that you feel as though you are at fault for this person’s behavior? Male or female, each individual is responsible for his or her actions on the daily. The repercussions of taking said actions out on someone else in a physical manner is, simply put, unacceptable.

Try looking at someone you know truly loves you in the eye when you have been hurt by the one you are trying to change for the better. THAT look is love. The look in your significant other’s eyes following any physical damage done is nothing but immediate recompense for something they will end up forgetting about tomorrow. There are over 6.7 billion people in the world; why let one person ruin your life? Look in the mirror. To anyone reading this, whether or not you are in this type of situation, you are beautiful, and you are worth the world, and so much more.