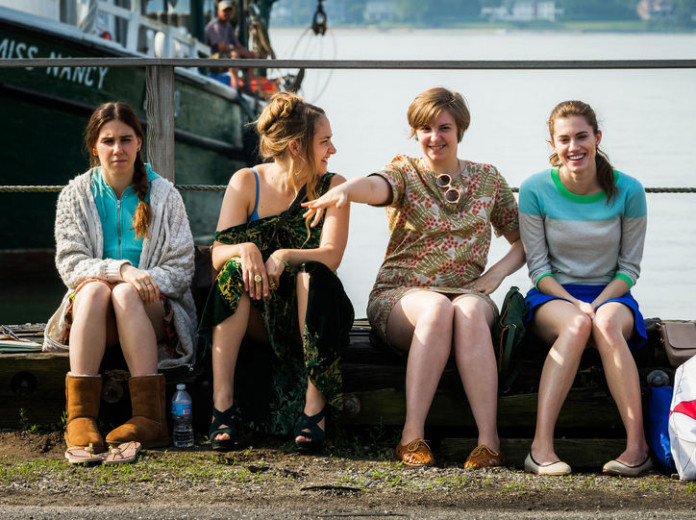 Yesterday marked the premier of the 4th season of the critically acclaimed HBO series Girls. Created and written by Lena Dunham, this show follows the lives of four girls navigating the challenging and often messy scene of life in your 20’s. This show has been characterized as hideously realistic and I couldn’t agree more. Girls honest portrayal of the daily lives of these women in New York City is refreshingly different from other shows of a similar genre (like Gossip Girl). We don’t see perfect hair and designer handbags; instead you get a glimpse of the good, bad, and at times incredibly awkward lives of REAL people dealing with REAL problems.

Dunham has captured the essence of life for 20-somethings today within the four leading ladies of the show (Hannah, Marnie, Jessa and Shoshanna). Stretching from our financial problems, to our love lives, this show offers us a range of relatable trials and tribulations. If you’re a 20-something trying to deal with problems fluctuating from sex to friendship, then you have something in common with these four characters.

Hannah Horvath (played by Lena Dunham) reminds us to be comfortable in our own skin and to disregard societies skewed vision of what constitutes “beautiful”. Hannah is a voluptuous, curvy girl who isn’t ashamed of her body (which is evident by how often her character is seen naked on-screen throughout the show). Hannah shows us that we don’t have to be tall, blonde and a size double zero to see ourselves as attractive.

Girls also provides viable lessons on life’s many disappointments. From Jessa’s struggles and failure to get the love and affection from her dad she so deeply desires, to Marnie’s inability to land a suitable job despite all of her qualifications. Girl’s teaches us that life is filled with disappointments and that we must rise above these setbacks in order to grow and succeed.

All of the relationships we see on-screen throughout the series constantly change: Hannah and Adam, Marnie and Charlie, Shoshanna and Ray, Hannah and Marnie, Marnie and Ray…. The list goes on and on! Girls demonstrates to us that relationships grow and evolve overtime whether we like it or not. Hannah and Marnie go from being BFF’s to almost strangers in the course of a season. Sometimes these changes are for the better and sometimes we grow apart from the people we once considered closest to us.

Girls also serves as a cautionary tale for generation Y’s everywhere that sometimes you may need to rethink your future plans. Hannah goes from being supported entirely by her parents, to being completely broke, to writing an E-book only until her editor dies suddenly and she is back at square one. Job security is a thing of a past for these characters, and watching them adapt to and adjust to their constantly changing professional lives is both educational and realistic.

Sex can be awkward and uncomfortable. Unlike most other shows, Girls doesn’t glamorize its sex scenes. There’s no flattering lighting, romantic music, and no star-crossed lovers gazing affectingly into each others eyes. Although this show has been criticized for the nontraditional methods it uses throughout its portrayal of sex on television, I would argue that Girls raw depiction of sex is one of the shows best features. Watching it allows us the opportunity to realize that sex isn’t always as dazzling and romantic as the media renders it and that you are not alone in regards to your embarrassing sexual encounters.

Everyone can relate to this show: from Marnie tackling singledom for the first time in years to Shoshanna’s stresses about being a 20-year-old virgin, Girls depicts real life struggles and woes that every 20-something has confronted. From facing our fears, to having our friends back, to the importance of having safe sex; this Golden Globe-winning show is filled with lessons you won’t forget or will likely be experiencing in your own life soon.