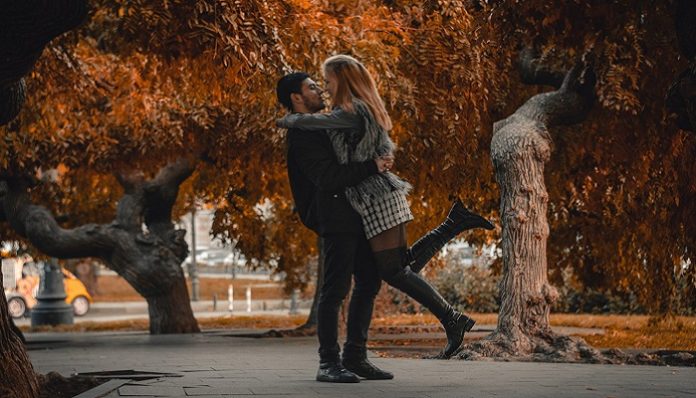 We were a good couple. Even looking back on all the shit we went through I can’t say that we were bad for each other or that everything that happened wasn’t worth it. I have no regrets about us and that’s a really peaceful place to be in. However, shortly after we ended I realized that I lost a lot when you left. A lot of these things I had just become so used to that I thought they were a normal part of my life and I really didn’t even notice them until they weren’t there anymore. Until you weren’t there anymore. This is what I lost when I lost you.

The feeling that I am always doing something wrong

I’m not spending enough time with you. I’m not giving enough of myself to you. And I’m not a good enough girlfriend to be with you. The fact that I pick my own health over spending every second possible with you feels like I’m betraying you. Every move I made that wasn’t to the direct benefit of making you happy feels like the wrong move to make.

“I’d really like it if you came” was your way of saying you’d be disappointed if I wasn’t there. This meant I got to rearrange my schedule to fit whatever event you wanted me to show up at. It didn’t matter if it was going to make my day twice as hectic or that I would have to go way out of my way to make it work. I was your girlfriend and obviously as such I had an obligation to you and your pride to show up and smile like a good accessory.

The constant need to be in contact with someone

Honestly that was the most annoying part. I always had to be texting you. It was like a never ending stream of talking to someone and while that had plus sides it was also exhausting. The first time we went a week without texting, I felt like I was constantly forgetting to do something. And then slowly I started to love the fact that I didn’t hear my phone go off every five minutes. I loved the fact that I could be sitting in class or on a round trip up the mountains and it was very possible that no one would know where I was. It was like someone had untied me.

The comments made out of your own insecurity

I know that you need to feel like the better person. I get that you want to be the more experienced one in every situation because deep down you want to be the cool kid you never got to be in high school. You slide in comments about how you were the one that told me about this and you tell stories about how I had no idea what that was until I met you. These things didn’t improve your status no matter how much you wanted them too and I am so glad I don’t have to deal with them anymore.

This was honestly the worst one because I didn’t even know I was so afraid of this until we were over. I couldn’t figure out why every job application felt like I was ripping a piece of my heart out until I realized I viewed it as one step closer to leaving you. It was like there was this invisible rope holding me back from jumping. Holding me back from taking the risk and once you cut that rope, I had nothing else to lose by not jumping. So I jumped without fear of hurting you in the process.

If you ever read this I hope you know that this isn’t written out of pettiness or the need to make you feel bad about yourself. It’s actually the exact opposite. I hope you read this and realize how much you lost when you lost me because yeah I lost a hell of a lot when I lost you. But everything I lost is nothing compared to what I gained. I hope you can say the same.

Featured image via Eugene Dimidiv on Life of Pix

5 Tips On How To Start Living Your Life For You