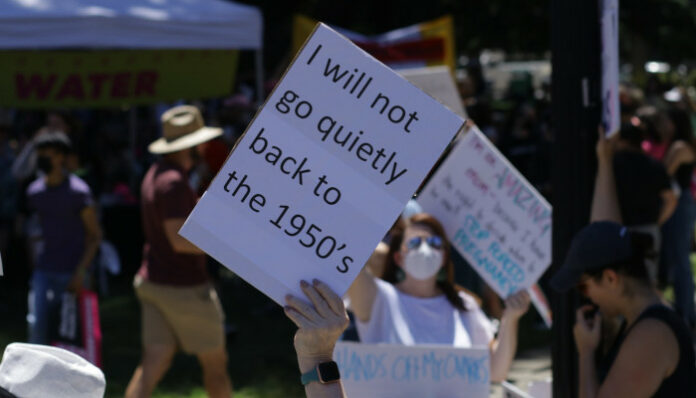 Today I learned that as an American female, there are many reasons to currently hate the people running my country. I realized that men in office who will never have my anatomy or capacity to ever carry a child, decided they could dictate if I wanted to or not. That I am no longer guaranteed a safe space to safely miscarry or abort if it came down to that. Today I realized that guns have more rights in my country than my status as a female and that they’re more concerned with an unborn child than the children we send off to school who are being shot by lunatics.

Point blank, a dead female has more rights to her own autonomy than myself.

1973 Roe v Wade was a court case that went to the Supreme Court and was what allowed for women to get safe abortions. They were given the right to their own bodies (the fact that we even had to fight for that is another story) and allowed to seek out physicians and places depending upon the situation and trimester to ensure they did not die in the process.

Here are my issues with this law now being tossed to the side:

Not every woman in this country has the means to drive hundreds or thousands of miles to a state where they can get the medical treatment necessary. There are only so many states at this point in time that are allowing safe abortions. So what happens when all 50 states and US territories say no? We’re going to end up having a new black market on our hands and instead of organs being removed, it’ll be a non living tiny human.

So what do we do about this? We seek out our local representatives and get in touch with those who stand for Planned Parenthood and other organizations. Remove religion and any other personal vendetta you may have on this topic. The reality is that women are controlled by men in every way possible in America. And as of today, we have no voice, right, or say to our autonomy, and if that doesn’t scare you… then you’re not seeing the bigger picture.

Photo by Aiden Frazier on Unsplash