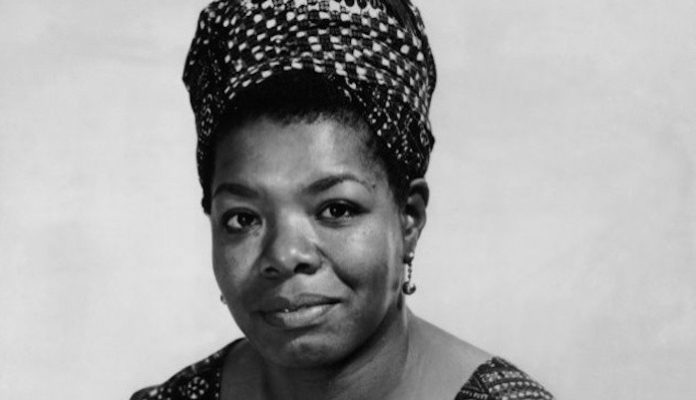 Maya Angelou is the first Black woman to be featured on a coin. When describing why she was chosen and the legacy she left behind, the article quoted Ventris C. Gibson, the deputy director of the Mint, as saying she supported their decision.

“It is my honor to present our nation’s first circulating coins dedicated to celebrating American women and their contributions to American history,” Gibson said in a statement. “Maya Angelou used words to inspire and uplift.”

Maya Angelou was a writer and a poet who paved the way for others as she took to her writing with a sense of raw, open dialogue regarding the struggles women and Black people often face.

An article from CNN said she was “a leader in the civil rights movement, a poet laureate, college professor, Broadway actress, dancer and the first female African American cable car conductor in San Francisco.”

The writer Barbara Lee concludes her article with the hope of what putting Maya Angelou on the quarter could mean.

“If you soon find yourself holding a Maya Angelou quarter, may you be reminded of her words: ‘Be certain that you do not die without having done something wonderful for humanity.’”

Maya Angelou and her groundbreaking work deserve to be honored and remembered well after her passing in 2014 at the age of 86. An article from Glamour wrote “Her most famous works include the memoir I Know Why the Caged Bird Sings and the poem ‘And Still I Rise.’ Among other accomplishments, in 2010 she received the Presidential Medal of Freedom from President Barack Obama.”

Twitter users took to showing their support and encouragement for Maya as well.

Who else should we look for in this series from the U.S. Mint that will continue circulating the coins through 2025?

An article from NPR states, “The other honorees include astronaut Sally Ride; actress Anna May Wong; suffragist and politician Nina Otero-Warren; and Wilma Mankiller, the first female principal chief of the Cherokee Nation. The coins featuring the other honorees will be shipped out this year through 2025, according to the Mint.”

Featuring trailblazing women who paved the way for our country and made important contributions to science, the arts, and politics is a great way to pay homage.

Some used the release of the Maya Angelou quarter to continue a dialogue on the equal rights changes they feel still need to be changed. U.S. Treasury Secretary Janet Yellen discussed the significance of this coin release in an article from The Guardian.

“Each time we redesign our currency, we have the chance to say something about our country – what we value, and how we’ve progressed as a society,” she said. “I’m very proud that these coins celebrate the contributions of some of America’s most remarkable women, including Maya Angelou.”

I personally can’t wait to get my hands on one of these coins and add it to my coin collection. It will have even more significance than the others, as being a woman myself, I can respect and appreciate the trials many women before me took to get us to where we are today while also paying homage to those who will continue to do ground-breaking work.

Many articles state to check with your local bank between the end of January.