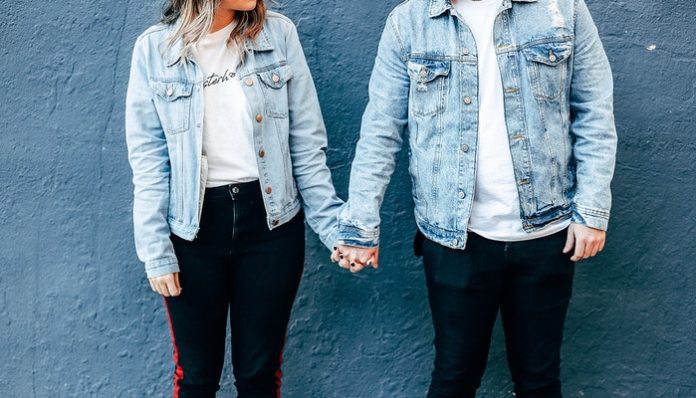 Let’s face it, we live in a digital age. Social media apps like Facebook and Instagram have become a regular, if not standard, form of communication between people, including those who are dating, married or involved in romantic relationships.

Unfortunately, we’ve all heard horror stories about break ups caused by social media, and the Internet is full of articles warning us about potentially negative consequences. But is social media really bad for relationships?

It doesn’t have to be, and in fact, plenty of scientific research has found that there are numerous ways these apps can bring you and the person you’ve fallen in love with even closer!

As most of the world knows, Facebook CEO and founder Mark Zuckerberg has been on the hot seat quite a bit lately, and he’s been asked to answer many questions about the way Facebook affects our well-being. In response, he claims that how you use social media is the key factor in determining the way it makes people feel.

The research does, indeed back him up.

Given that couples are more and more likely to meet online, in a way, they have a head-start on successfully navigating social media in regard to their love life. There is also mounting evidence that marriages of couples who met on dating sites and apps are happier, which should bring hope to everyone on the dating scene.

In his study on humor in courtship, Jeffrey A. Hall from the University of Kansas concluded that “shared laughter might be a pathway toward developing a more long-lasting relationship.”

So, pick up your smartphone!

Here are five fun, lighthearted ways to use social media to get a guy to fall even more in love and feel more attached to you than ever, based on scientific research.

1. Post pictures of the two of you at a cool location.

Photos solidify your time in space. Send your boyfriend a shot of you rocking it out at a concert, glammed up at a movie premiere, dressed in costumes at a superhero convention, or finally making it out of an escape room.

Reminisce about a vacation or outdoor adventure you’ve taken. If you’ve been dating a while, share a picture of you and your man interacting with your family or friends or his. It will work to strengthen your relationship by showing how meaningful and enjoyable this time was.

What’s key: Share unique and memorable moments only. Posting pictures every time you go out or about your daily lives is overkill. Besides, most happy couples enjoy keeping some parts of their relationship to themselves.

Sometimes images have the power to communicate more than words. When you’ve found the perfect meme or GIF, send it your boyfriend’s way. Bonus points for creating a meme yourself!

When he’s had a setback, brighten his day with a video that reminds him to laugh and not take life so seriously. Show him you really get him and that his well-being is on your mind.

What’s key: The connection between the two of you is strengthen when you shared an inside joke he’s guaranteed to understand. Make sure you understand how your guy ticks, or this could fall flat.

3. Tag or mention him in posts you think he’ll like.

One of the best ways to playfully engage your man is to tag him in the comments of a post you think he’d like, calling him out for being a great human being with a meaningful video, celebrating an achievement with a great quote, or simply making him laugh with something you will crack him up.

Tagging him in a post signals that you know what interests him and what makes him smile.

What’s key: A little good-natured bragging about your beau is okay once in a while, but only tag him when you know it will make a difference for him and that it’s the kind of gesture he appreciates.

4. Message him something flattering … and flirty.

Complimenting him goes beyond letting him know that you’re thinking of him. It lets him know you WANT him, too. Send him direct messages with something flirtatious like, “Have I told you how sexy you are?” or, “I loved being wrapped up in your arms last night,” and it will generate a buzz between the two of you that lasts all day so he’ll be counting down the minutes until he see you again!

What’s key: Easy-going and to the point win the race here. Save sentiments like, “You’re my soulmate” for his Valentine’s Day card. What reels him is cute (but not cutesy), carefree amour injected into his day.

5. Send him a private invitation to a fun adventure.

Imagine your man opening an invitation from you to do something he’s passionate about, such as rock climbing or stand-up comedy. This kind of gesture says, “I understand you, and I want to make time for us to do something you especially love together.”

You can also let him know exactly how you want to be with him in the bedroom through private messages by share the sexual fantasies you’re too shy to tell him about in person.

And if you want to engage more of his senses, try sending him a Snap or video message asking him to be at your place at a certain time for a particularly sexy night. Get dressed up in your favorite outfit or lingerie and picture the excitement on his face before you hit “record”.

What’s key: Authenticity and integrity are always critical. Do what’s comfortable for you and keep it classy. And, of course, make sure the message is set to private!

Having a good time on social media together can be the glue that binds and sustains your love.

Try out a few of these ideas and watch how connected you become one message and post at a time.