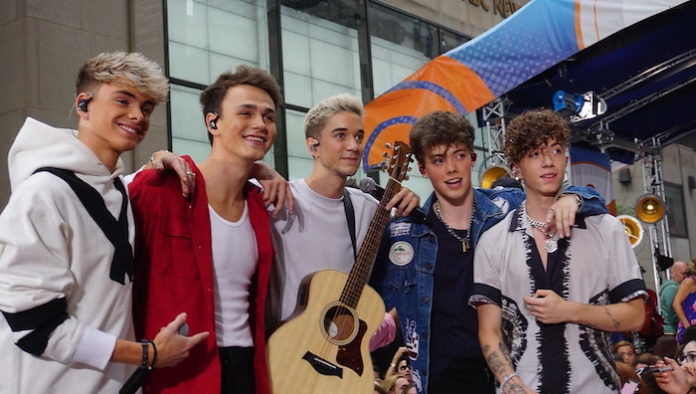 On September 9, the boyband Why Don’t We came out with a statement alleging abuse by their management team. In a statement, the band said, “while we were initially excited to all be living together in the same house, working together on what we loved most, our music, little did we know that we would eventually become prisoners in the ‘Why Don’t We compound’ under the supervision of one of our managers at Signature Entertainment Partners.”

They described alarms going off when doors would open, as well as their food intake being controlled to the point of several band members developing eating disorders from having to sneak in food and hide it in their dresser. In addition, the Why Don’t We members allege they were verbally abused daily and alienated from family and friends. Currently, the band is petitioning for the California Labor Commission to throw out their contract with the management group and rule them “unenforceable and that Signature Entertainment has no right to compensation from the band.”

While this may be one of the most recent examples of abuse of young artists, it is not the first case.

Multiple ‘X Factor’ contestants describe the abuse they faced during and after the show. Artists like Jedward and Cher Lloyd have come out alleging abuse. What’s more, Rebecca Ferguson called for better regulation to prevent the bullying of artists by management and agents.

The rumors of this abuse have been spreading for years, even involving major bands like One Direction and Little Mix, neither of whom have spoken out. However, Jedward has stated on his Twitter account that both One Direction and Little Mix are legally bound to silence and that this is why many are beginning to speak out now since there are so many that can’t. He went on to say that “eating disorders and depression are common in the music industry.” He blamed this on the greed of the industry leaders and the commonplace of NDAs (non-disclosure agreements). Furthermore, there have been rumors about management teams forcing young artists to hide their sexuality and that a lot of the abuse and secrets affected the artists’ romantic relationships.

Why Don’t We is one of the first major boy bands to come out and discuss their abuse in detail. This could break open the floodgates for several other artists in the industry.

Whether as a child or adult, 67 percent of women in the music industry report sexual harassment. So, if Why Don’t We achieve their goal and have their contracts thrown out, many other young artists in the music industry would feel like they can speak out as well without worrying about repercussions. The abuse isn’t just happening with young boy band members either. As a result, this could force lawmakers to start forming regulatory laws for management and artists in the industry and open the doors for many others to come out and speak about the abuse they have faced. Along with this could come financial regulations that would prevent the management from having too much access to artists’ finances, giving them more rights in regards to their music (most infamously the sale of Taylor Swift’s masters to Scooter Braun without her authorization) and their private lives.

While Why Don’t We have just begun their battle, there is a long fight ahead of them. However, they definitely seem to have the court of public opinion on their side.