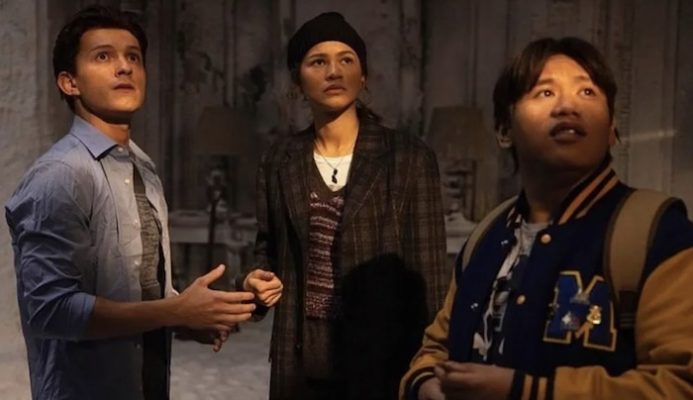 You did it, Internet People! You forced Marvel and Sony’s hand and got them to release the Spider-Man: No Way Home trailer. Be proud of yourself and rejoice that we finally got our first look at the final film in the Spider-Man: Home Trilogy. You blew the camcorder version up so much that the movie studios could no longer ignore it!

Quick tidbit for those out of the loop – on August 22nd, a recording of a video of a video of a video (yep, really) was leaked onto the internet. The trailer was incredibly low quality and this writer had a very difficult time seeing what was going on but the VFX (special effects) of the trailer had not been completed yet. So, Marvel and Sony, doing what any competent business would do, did not want the first look of their big blockbuster to be a crappy version and instead released a 4K trailer so everyone could enjoy it in all its glory.

Now onto the trailer, here’s what I took away from the 3-minute sneak preview:

The movie seems like it’s going to pick up where “Spider-Man: Far from Home” left off with the shocking reveal to the world that Peter Parker is Spider-Man. Trying to cope with such a revelation, Peter Parker goes to Doctor Strange to reverse the action. This seemingly results in the universe going whack and opening itself up to the multiverse. The Multiverse is basically a way of saying that anything can happen to anyone. For example, maybe in one universe, a spider never bit Peter Parker and therefore he would not go on to become a hero. This is what has the internet and fans excited – Doc Oc, the Green Goblin, and Electro are confirmed to be coming in from the Tobey Maguire and Andrew Garfield Spider-Man movie universe.

With the villains coming in from the other universes…who’s to say that Tobey Maguire and Andrew Garfield won’t be making an appearance as everyone’s favorite web crawler. There have been potential “leaks” claiming that they both will in fact be coming back. Wouldn’t that be amazing? Watching the OG, the middle child, and the current Spider-Man all swing around in harmony and taking on their bad guys? If this becomes a reality, there’s a good chance it’ll be the best Spider-Man movie ever.

Assuming Covid doesn’t push the movie any further, Spider-Man: No Way Home is set to release exclusively in theaters on December 17, 2021.

The Truth About Why Guys Are Scared Of Commitment (As Told...