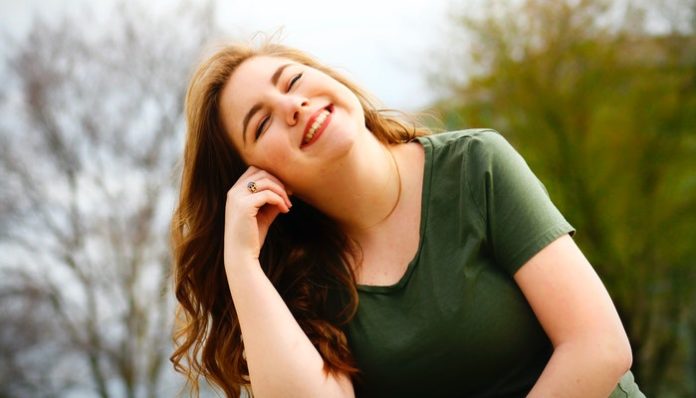 I have a client who was gifted with 3 life-coaching sessions by her sister. While she truly appreciated the gift, she felt rather insulted that her sister thought that she needed a life coach. She wasn’t really happy but she thought she was fine.

One month later, though, she realized that she was happy that she found me. She said that she was very skeptical of working with me because she had been seeing therapists for years, to no avail. But with me, in just 3 short weeks, her life was on a completely different track.

Here are 5 ways I helped changed my client’s life, even though she was skeptical that a life coach could do so:

1. I saw things clearly that she didn’t see.

During our first session, my client told me about how miserable she was. She was unhappy in her job, her marriage was floundering, she wasn’t able to exercise because of an injury, and she was drinking too much. She felt hopeless.

She also told me that she had just weaned herself off of her anti-depressant. That she had reduced her dose for 3 months and she was on her second week of no meds at all.

I put two and two together and asked when her overwhelming feelings of hopelessness had started. She said about 2 months earlier.

“So just about when you started weaning off your meds?” I asked. She thought about it and agreed with me.

I suggested that she ask her doctor about going back on her meds, perhaps at a lower dosage, to see if it made any difference with her negative feelings. And guess what? She did and it did.

Without me there to listen and point things out objectively, with no agenda like a relative might have, she might not have seen that her lack of meds was affecting her so. And without the meds, she would have never been able to start the other hard work that we started next.

2. I held her accountable.

During one of our sessions, we started to talk about her drinking. She was on a cleanse and when she was done she was determined that she wouldn’t go back to her regular drinking habits. She recognized that she probably had a drinking problem but wanted to try to control it on her own.

We then talked about her calling her primary care doctor to get the name of an alcohol counselor.

“Just get a name,” I told her. It would be a first step towards stopping her drinking, something that I knew was important to her because she didn’t want it to affect her kids.

One week later, I checked in. She responded that she was great and that she hadn’t contacted a counselor and could she put off our appointment for two weeks so she could get some things done?

I told her “no”, that I wanted to talk with her on Monday, even if just for a few minutes. And what did she do because she knew that she was going to talk with me? She not only made an appointment with a therapist but she went to it before we talked.

She was feeling so great when we talked and had much hope after her therapy session. And she thanked me for pushing her into doing it.

3. I helped make her career clearer.

My client has a job that suits her needs. She likes what she does, works hard enough, and has summers off. But she’s approaching 30 and wants to make sure that she doesn’t let her career life pass her by without being all that she could be.

But what would that look like? Being all that she could be?

I had her make a list of everything that made her heart sing and then I had her read it back to me during our phone call. After she read that list, we started talking about possible career options.

Because she had just read a list of what made her heart sing, her mind was clear and wide open. And we used some of those things on her list to identify a career move.

And guess what? We landed on one — a good one. Her homework was to take the first step towards making it happen.

As we were wrapping up she said, “Can I tell you something? It’s almost embarrassing. I make these little kids bracelets and I would love to make them and sell them on Etsy.”

“What a great idea,” I replied and gave her some ideas for getting started down that path as well.

If she hadn’t felt comfortable enough to trust me with that little pearl of wisdom, it might never have popped out of her mouth and come to fruition… and she was so happy it did.

4. I taught her how to talk with her husband.

My client has a very good relationship with her husband overall but communication had broken down — like it does in many long-term relationships.

They had some things to talk about and she had no idea how to broach them.

I taught her that the most important part of communication is not to talk about how the other person is acting but how their actions make you feel. Another person can’t get angry with you because of how you feel but they can get defensive about what they perceive is an attack on their character.

I also taught her that timing was everything. If she wanted to talk about their drinking, I suggested that 9pm, after a few cocktails, was not the best time. However, 9am after coffee might be better.

Armed with these new tools, she set out to have a constructive conversation with her hubby and have one they did.

5. I taught her how to believe in herself.

We are all our own worst enemies. We catalog all of our worst traits and transgressions and trot them out whenever we feel it necessary. As a result, we tend to really not like or believe in ourselves.

I had my client keep a running list of daily successes, both big and small — getting out of bed; not yelling at the kids before breakfast; a great meeting at work; not having three slices of pizza for lunch but only two; getting off the couch and going for a walk after dinner.

Successes were both big and small.

I then had my client read her list of successes every night before bed so she could sleep on them and remember them. In that way, those successes would be foremost in her mind, as opposed to her failures, and then she could trot them out when needed.

Believing in herself had allowed my client to move forward in her life, working on her relationship with her husband, growing her career, and dealing with her drinking with more self-confidence.

Self-confidence is the key to success.

We all have issues in our lives and we all find them difficult to deal with. We have the support of friends and family but more often than not, they just want to support us and tell us what we want to hear.

But not a life coach. A life coach will tell you what she sees, objectively and professionally, and hold you accountable for plans that you make.

She is the guardian angel who sits on your shoulder and reminds you that you are wonderful. She is the wonderland elf who gives you tools to succeed. She is the fairy godmother who helps make all of your dreams come true.

Photo by Matthias Cooper from Pexels