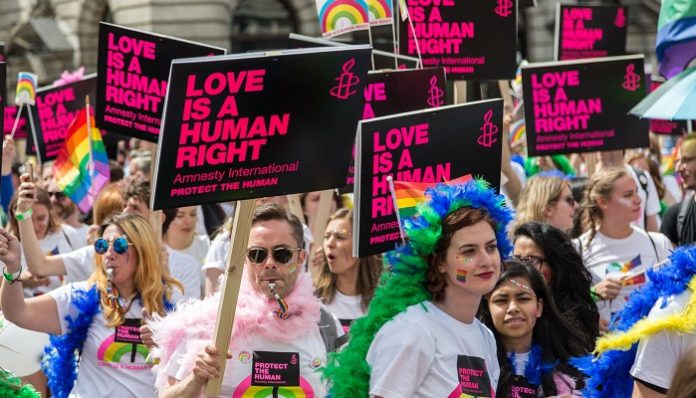 LGBTQIA rights have come a long way in America, but there is still  progress to be made.

Lately, several celebrities have come to light discussing things from their personal lives. Their transparency can help LGBTQIA individuals who are struggling find connection and common ground.

Here are four celebrities who have been using their voices to shed light on the community.

Halsey called out the magazine on Twitter and encouraged them to do better. Halsey stated, ““First your writer made a focal point in my cover story my pronouns and you guys deliberately disrespected them by not using them in the article,”

Halsey’s speaking out shows how important pronouns are to one’s identity.

13 Reasons Why actor Tommy Dorfman recently came out as a transgender woman.

In regard to her reveal, Tommy said, ““I’ve been living in this other version of coming out where I don’t feel safe enough to talk about it, so I just do it. But I recognize that transitioning is beautiful. Why not let the world see what that looks like? So I kept, on Instagram, a diaristic time capsule instead — one that shows a body living in a more fluid space.”

Tommy’s transparency about her struggles can help those who may be having similar journeys feel more comfortable to come out.

Forced to disclose their identity after a message intended for their family was leaked, Sam Smith announced that they are non-binary/genderqueer.

Reflecting on the announcement and the reactions received, they said, “It’s been amazing, but it’s also been really, really hard to see all the backlash and the amount of people that are still so unsupportive of gender nonconforming people and trans people all around the world,”

Sam’s story highlights both positive and negative reactions. This can serve as a beacon of hope for other non-binary people to push through their struggles and know that in the end, the support is what carries you through.

Actress Alexandra Shipp recently came out on Instagram in correlation with Pride month. Her post highlighted both how scary coming out can be and the joy one feels once they are finally out and supported.

Alexandra voices her encouragement with “I get to be exactly who I want to be EVERY F*CKING DAY and it feels incredible!!…. It’s never too late to be you.”

These are just a few celebrities who are paving the way to equal rights. We all want to live in a world where we can be our authentic selves and feel safe in doing so.

If you or someone you know is struggling with your identity and are in need of support, see: