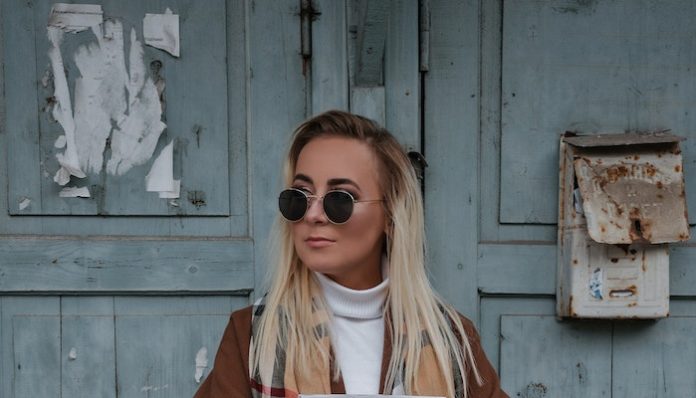 Halfway through her recent emotional interview with Ellen DeGeneres in 2016, human ass-kicking machine Ronda Rousey started to sob. And it wasn’t any of this fake TV ratings stuff, either.

The 29-year-old began to weep as she recalled her mindset right after she was knocked out while defending her UFC Women’s Bantamweight Championship title against Holly Holm in November of last year — a fight she was wildly favored to win.

“What am I anymore if I’m not this?” Rousey recalled wondering in the locker room immediately following her upset loss. “I’m nothing.” She admitted that she seriously thought about taking her own life. What’s the point now, she remembered thinking, people will hate me.

It was a rare human glimpse into the mind of the sort of person we all expect to be fiercer than us, stronger than us and tougher than we’ll ever be. And yet, there she was: Ronda Rousey, the definition of a self-made modern woman doing exactly what she wanted to do in this world, revealing how she simply wanted to die for a minute or so, after the very job that had come to define her existence somehow seemed poised to strip it all away.

“I need to have his babies,” she exclaimed, half-laughing, half-crying. “I need to stay alive.”

And suddenly, just like that, Ronda Rousey’s whole life made sense once again.

I can’t even begin to tell you how much I’ve second-guessed myself since I turned 18 or so. Sometimes I look at my life even now, this skin I’m stuck in, this whole 44-year-old-divorced-man-with-three-kids-under-seven-life I’ve conjured up all around me, and I wonder how did I get here? How have I managed to become this person when I’d planned on being so many other people instead?

Oh, the humanity of our best intentions. If only we could follow them all down, see where they would have led us.

I was going to be a rock star. You laugh, but I was, you bastard. I was sure of it. My brother and me, we started this band in Philly a long time ago and there was a moment in time when I could feel it in my bones. The music, the miles, the magic — it was all dancing around my fate, teasing me, blowing smoky promises straight into my earholes and all over my intoxicated brain.

I wanted it so bad. I worked my ass off for it. We all did. The future was ours. But it didn’t happen. Not like I dreamed it would, anyway. Because life doesn’t listen to your rock star dreams. Life pisses in your twinkling eye.

I thought I could live out my days by spending my nights on stages and in hotel rooms all over the world. I thought that would pay my bills forever and support my desires. I was sure that we would know success because we deserved it.

But that’s not how things worked out — and to this day, not becoming a rock star is one of the most important things that ever happened to me.

We all have that one dream in our heads, that single vision of what our “successful” life looks like. I got to play in a touring band for 14 years. I’ve heard the cheers of Spanish crowds and California crowds and Serbian crowds and a bunch of others. And then I walked away from it all when I realized I had to, when I understood that by letting my job define me I had set myself up for disappointment from the start.

Only after I left the music business behind me for a while did I realize I had lived my dream without ever really knowing it. I had achieved what so many hungry, aspiring musicians never achieve — and then some. Yet through it all, I continued to convince myself I needed more, that I was falling short, and that, in so many ways, I had failed myself by never selling a million records or playing stadiums or getting rich.

I had to remove myself completely from rock-n-roll, from the one thing in my life that made me endlessly happy, in order to find happiness again.

I rediscovered joy in the most simple and unexpected places. I found real solace in mowing lawns and painting cheap apartment walls. I found true love with a beautiful, intelligent wife. I found epic peace of mind when our kids started being born. And for a while there the two of us, she and I, we discovered the simple joy of cold beers with our burritos on the couch in the evening. My job didn’t define my existence anymore and I had never been happier. No one cheered for me and I was fine with that.

Why do we place so much worth on our jobs? Why do people kill themselves when their work becomes too much, when the occupation occupies the last tiny bit of their once-shining soul? I’ll be damned if I know. But plenty of us do. Plenty of perfectly good humans end their lives on account of work/money. There is an overwhelming sense of failure that often comes along with living a different life than the one we think we’re supposed to have. And that is unfair, I think. And it sucks.

We want to succeed. Anyone can make babies or cook a decent steak or own one pair of decent boots. We need to have more. The pressure isn’t even pressure any longer — it’s a belief system, a total and utter allegiance to a life defined by work.

A lot of it has to with money. Like it or not, we’re pretty much born into this world as a poker chip in someone else’s high stakes game. We’re slapped with a number, entered into the system, and told to do our best — or else.

Even the luckiest ones — even the ones who have worked their asses off and reached the top — they seem just as doomed as the rest of us when it comes to letting their work lives define them. Ronda Rousey worked for years, slipped up for barely a minute and the thought entered her head, even in passing, that perhaps she should off herself.

What can we do? For a while, most of us try to play by the rules. We wear the medallions of our economic worth around our necks like gangsta tools. We try to do right by the vision laid out for us. From the time we can piss on our own, we start to understand that we need to do exactly what “the man” tells us we should to do if we want to get through this thing alive.

We hear the voices coming at us from every possible angle:

Study hard, plan for the future, say no to drugs, use a condom, don’t talk to strangers, manage your time, learn to lose, run with the right crowd, respect your parents, believe in something, get involved, eat right, don’t smoke, travel when you can, don’t take sh*t from anyone, follow your dreams, don’t think with your dick, plan your retirement, trust in your elders, don’t trust anyone, try new things, believe in yourself, anything is possible if you put your mind to it, good luck, luck has nothing to do with it, get your diploma, buy your own home, pay your bills, earn your keep, don’t be a freeloader, listen to your heart, get in line, show ’em how it’s done, love is blind, keep the home fires burning, live a little, focus on your career, you’ll sleep when you’re dead.

You will sleep when you’re dead, fool. Isn’t that a funny thing to say? As if there’s so much more important work you could be getting done than dreaming your way through the peaceful valley of a good night’s rest.

No one is going to give a damn what you did for a living, not even you.

But we forgot to do it. Well, we didn’t exactly forget. But we had to work. Because that’s what mattered most.

Photo by Sergey Sokolov on Unsplash

What Is So Hard About Having A Label When Dating?