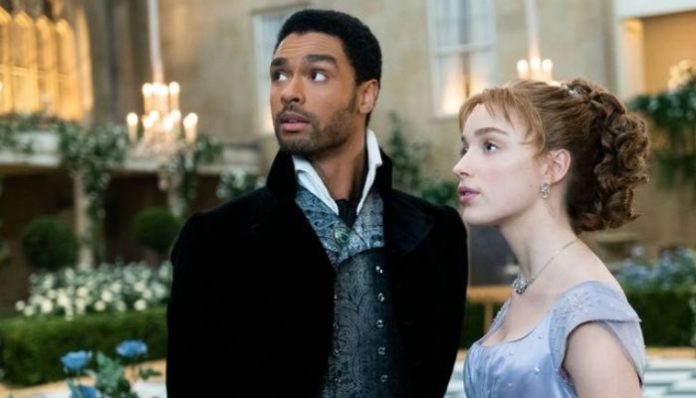 Dearest Readers, the time has come to round up everything we know thus far about the much-awaited upcoming season of Shondaland and Netflix’s Regency-era smash-hit drama, Bridgerton.

Lady Whistledown shared the official Season 2 announcement on Instagram on January 21, and she revealed that the next season will follow the romantic endeavors and activities of Lord Anthony Bridgerton, the eldest Bridgerton son.

Season 1 of Bridgerton solidified its spot as Netflix’s fifth most-watched original show ever, raking in 63 million unique viewers within ten days of its Christmas Day 2020 release. After just four weeks, more than 82 million households finished the eight-episode series, and the ton has been abuzz ever since with hopes for more candy-colored ball gowns, scandalous love affairs, and mysterious gossip columns.

While Netflix has not shared an official release date just yet, Nicola Coughlan (Penelope Featherington) recently shared that she has been in costume fittings since early-January, along with a season two teaser, seemingly confirming that production is underway.

A few weeks later, Luke Newton (Colin Bridgerton) posted a series of photos captioned “The boys are back in town,” hinting that season two filming may have started. If season two follows a similar schedule as the first season, which took 10 months to complete, chances are season two will be slated for a spring or summer 2022 release.

However, the news was expected by those familiar with the Julia Quinn novel series of the same name, which the show is based off. Each book of the eight-part series solely focuses on the social season and love story (or stories!) of one of the eight children of the Bridgerton family — Anthony, Benedict, Colin, Daphne, Eloise, Francesca, Gregory, and Hyacinth. In season one, we watched the eldest Bridgerton sister, Daphne, marry the Duke of Hastings and welcome their first child, a son, in the series finale.

Because season one followed the storyline of Quinn’s first book, The Duke And I, so closely, most experts speculate that season two will shift its focus to the second novel, The Viscount Who Loved Me.

While Simon’s character won’t return, we fully expect to see Daphne —  plus the rest of the Bridgerton siblings, the Viscountess Bridgerton, and the Featherington family.

Although not officially confirmed, most fans and critics speculate the following roles will return for season two as well:

As far as new faces go, actress Charithra Chandran will join the cast as Edwina Sheffield, a young debutante who becomes the next Incomparable.

Additionally, Sex Education‘s Simone Ashley will play a major role as Kate Sharma, Edwina’s older sister and Anthony’s new love interest. The official description from The Viscount Who Loved Me introduces Kate as “the most meddlesome woman to ever grace a London ballroom” and as a “spirited schemer.”

Actor Rupert Young also joins the upcoming season in a major (and mysterious) role that isn’t in the books. We can’t wait to find out more!

Filming hasn’t wrapped just yet, Netflix already renewed Bridgerton for a third and fourth season ahead of the season two premiere.

What are you most excited to see in the upcoming season of Bridgerton? Do you think it will be the same without Regé-Jean Page? Drop us a comment below and let us know!