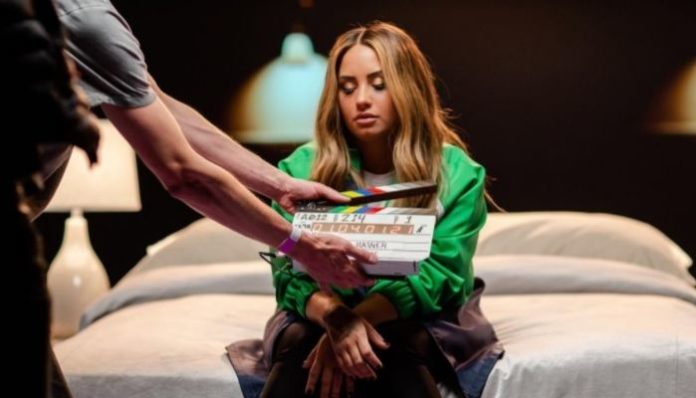 It’s happening: Demi Lovato is headed back to television! NBC recently confirmed a pilot order for a new comedy series, Hungry, that the Grammy-nominated singer will star in.

According to The Hollywood Reporter, “Hungry will follow a group of friends who belong to a food issues group and help each other as they look for love, success and that one thing in the refrigerator that will make it all better.”

In recent years, Lovato has been incredibly candid about her personal struggles with eating disorders and body dysmorphia. She’s also revealed that she still struggles with the entertainment industry’s unrealistic expectations and social media pressures.

Lovato previously shared that classmates bullied her about her weight before she got her start on the Disney Channel, which led to bulimia, anorexia, and eventually, substance abuse issues.

Last year, when Lovato appeared on supermodel Ashley Graham’s Pretty Big Deal podcast, she explained just how intense her battle with eating disorders has been.

“I’m tired of running myself into the ground with workouts [and] extreme dieting. … I thought the past few years was recovery from an eating disorder when it actually was just completely falling into it.”

It’s safe to say that the premise of Hungry is near to Lovato’s heart and that this series is likely an exciting passion project for the star. Although further details about the cast have yet to be released, we do know that the series will likely come out sometime in 2021.

If NBC greenlights Hungry, the series will mark Lovato’s first regular lead TV role since she starred in Disney Channel sitcom series Sonny With a Chance, which aired from 2009 to 2011. Lovato previously had recurring supporting roles on Fox’s Glee from 2013 to 2014 and NBC’s Will & Grace in 2020.

Will you be tuning into Hungry when it hits NBC? Tell us your thoughts in the comments below!