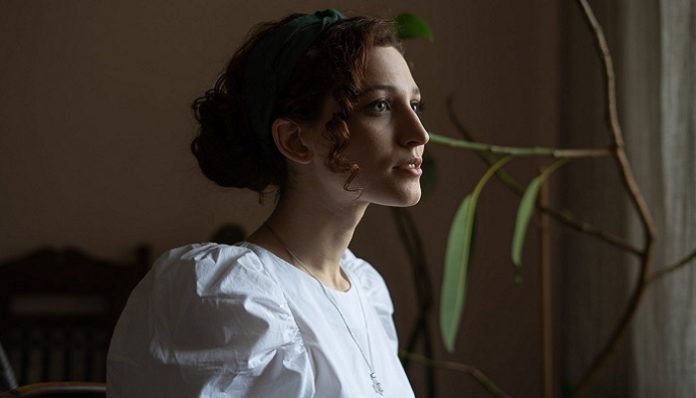 What we wear says a lot about us. Think about it: when you go to a job interview, you dress in a nice business outfit and maybe throw on a blazer so the interviewers can see that you’re professional and worth hiring.

So, why does it change outside of the interview? I didn’t truly realize how abnormal it was for people to dress modestly until a guy who worked at Rockefeller Plaza told me and my two friends that “Modesty is the way to go.” He seemed so impressed that three 20-something-year-old girls would dress modestly.

This is not OK. We cannot expect to be treated respectfully if we dress inappropriately.

I see people walking around on the street in skirts and dresses that barely cover their butts, shirts that really should be worn with at least a tank top underneath, and leggings worn as pants that leave very little to the imagination.

As an Orthodox Jewish woman, I cover my knees, elbows, and collar bone. I don’t wear pants or anything too form-fitted. I don’t wear anything that’s see-through without wearing something underneath it.

It’s true that this makes for some very hard shopping. Not only do I have to try things on to make sure they fit, but I also need to make sure that it covers me properly and that when I wear something underneath it (if needed), it won’t look horrible.

But I wouldn’t give that up for anything. I look at some of the things people — not just teenage girls! — are wearing and I cringe. Why do you need to show off your butt and breasts? Then, women get insulted when men can’t focus on their faces. If they were covered, it might be a little easier for them to do.

And, honestly, I don’t understand it.

People make judgments about you based on what you wear. Why wouldn’t you dress to impress?

I’m not saying everyone should give up pants, stop showing a little neck, or wear things above the knee; I’m saying be tasteful: modesty isn’t for religious people only.

Here’s a good way to tell if what you’re wearing is appropriate. When you get dressed in the morning, would you be uncomfortable seeing a priest, a rabbi, the president, your boss, or your parents like that? If the answer is yes, then you probably shouldn’t be wearing it.

You can be modest and fashionable. There are many blogs out there that can help show you how to pair outfits together that are cute and modest, like Fashion-Isha, Downtown Demure, and Fresh Modesty.

When people look at me, I want them to see a strong, independent woman who’s girly, sassy, friendly, just a little crazy, and who values herself.

My clothing is my way of showing who I am and I don’t need the world to see me and think, well, she’s probably a working woman.

Being modest doesn’t take away from who you are — it can only enhance it by letting the world see you for you, and not for the curves or skin they can see.