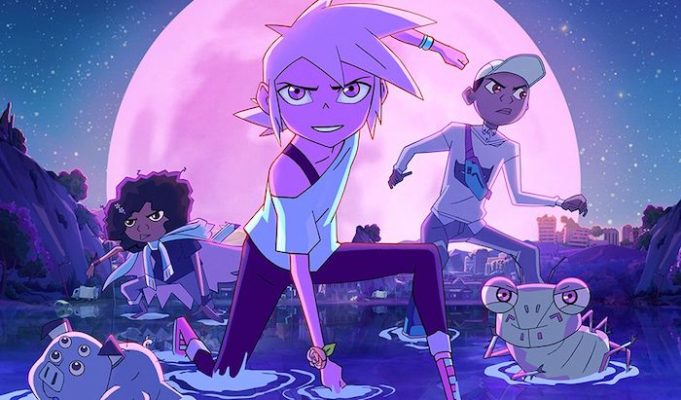 Avatar: The Last Airbender and The Legend of Korra recently dropped on Netflix and have taken the world by storm again. The Avatar universe is fresh and diverse, so people can’t help but fall in love with it.

Unfortunately, both shows ended years ago, and though they both continue in comic book form, many of us have serious “TV withdrawal” after we finish bingeing these two shows.

But there’s hope! ATLA and LOK are not the only animated shows on Netflix that are fun and explore deep topics. In fact, if you like ATLA and LOK, these four other animated series on Netflix are well worth watching.

The Dragon Prince follows the conflict between a human kingdom and the magical realm of Xadia. After the human king kills the dragon king and smashes his egg, elf assassins invade the human world to get revenge. But when human princes Callum and Ezran discover that the dragon prince is alive, they team up with Rayla — the elven assassin sent to kill them — to return him to his home.

Although the first season’s animation style looks strange, you can easily overlook the art style because the story is great (and the animation is later fixed). The show also includes tons of diversity, showing characters of various sexualities, races, and disabilities.

If you loved the Avatar shows, then you’ll appreciate The Dragon Prince’s similarities to them. In fact, the head writer for ATLA created this show, plus Sokka’s voice actor appears as one of the main characters. Despite the similarities to Avatar, though, The Dragon Prince certainly sets itself apart by creating its own unique world for audiences to enjoy.

2. She-Ra and the Princesses of Power

This remake of the 1980s classic cartoon is genuinely one of the best shows I’ve ever seen. The show follows the story of Adora, a soldier who discovers that the cause that she’s fought for her whole life is evil. Along the way, Adora decides to team up with a bunch of quirky princesses to fight against the evil cause instead. Oh, and she also discovers she can turn into She-Ra, a giant woman with amazing hair and magical powers.

Seriously, this series gets better and better as it progresses and the LGBTQ+ representation is phenomenal! Korra and Asami from LOK paved the way for gay relationships to be represented in cartoons, but only after a lot of struggle between the writers and the network to show them even just holding hands. Luckily, She-Ra is able to depict LGBTQ+ identities and stories without restriction.

3. Kipo and the Age of Wonderbeasts

Based on the webcomic Kipo, this animated series takes place in a post-apocalyptic world ruled by mutants. The leading character, Kipo Oak, ends up on the surface after spending her entire life underground. While she learns how to navigate a new world, she embarks on a mission to reunite with her father, while picking up some friends — both human and mutant — along the way.

Kipo and the Age of Wonderbeasts has everything that you could possibly ask for in an animated show (and more). Also, the soundtrack truly slaps, which makes the series even better.

As the first show in the Tales of Arcadia trilogy, Trollhunters tells the story of Jim Lake, a high school student who becomes the first-ever human Trollhunter. The series takes place in a universe where trolls (and many other magical creatures) live among humans and the Trollhunter is chosen to keep the magical creatures safe.

Honestly, Trollhunters is extremely underrated, and the side characters really make the show. It has a hilarious energy and every episode remains unpredictable and exciting.

In a year where we just need an escape, Netflix has so many great shows to turn to. These four are both feel-good and thought-provoking. Which one of these shows are you most excited to check out? Share in the comments!

How To Tell If Your Significant Other Is Cheating With A...